Chester Stoddart is one of the main villains from Ys III: Wanderers From Ys and it's remake Ys: The Oath in Felghana.

Chester was a childhood friend of Dogi, along with his sister Elena. When Adol and Dogi arrive at Redmont (Dogi's hometown), Elena is worried about Chester, who has been missing for some time. When Adol goes to the Tigre Quarry to investigate a recent cave-in, he stumbles upon Chester, who tells him to not interfere with his plans. As it turned out, Chester had been working for Count McGuire, helping him retrieve some ancient statues which houses the power of Galbalan, an ancient demon which once terrorized the land of Felghana.

Adol faces Chester again in the Illburn Ruins. After a brief fight between the two, Chester pushes Adol inside the volcano pit on the ruins. After Adol escapes the place with the help of Dogi, Chester stops them and reveals his plans. Chester blames Count McGuire for the massacre of his hometown in Genos Island, of which he and his sister are the sole survivors, planning to use the statues power to get revenge on the count. After stabbing Dogi, he steals the statues and runs away to Valestein Castle.

Adol faces Chester for the last time in the castle. As Chester is defeated, the bishop Nikolas Garland reveals himself as the true mastermind, having used both Chester and the count in his plan to revive Galbalan. Garland decides to take CHester with him, as since he was a descendant of Genos (the hero who had imprisoned Galbalan) he was required as a sacrifice to fully revive the demon, but his sister Elena offers herself on his place. Chester, realizing his errors, gives Adol the Genos Sword so he could defeat Garland and Galbalan, as they set off to Genos Island, where the demon was revived. After Adol defeats Galbalan and rescues Elena, Chester decides to stay behind to set off the destruction of the island so that Galbalan could be destroyed for good, dying in the process. 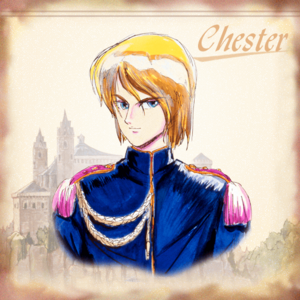 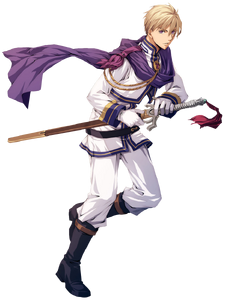 Retrieved from "https://villains.fandom.com/wiki/Chester_Stoddart?oldid=3597691"
Community content is available under CC-BY-SA unless otherwise noted.