Take his own art (succeeded).

He was performed and voiced by Tyler Bunch.

During his criminal mission to steal priceless frames of cookie art, he leaves Cookie crumbs including the chocolate chips to help Elmo and his team figure out who the thief is and who did that. They eventually corner him in his lair (within the walls of the museum), where the cookie art is all kept that he has stolen using a special technique to make holes on the wall for him to hijack.

He claims he loves cookie art so much, he just cannot control himself. The gang teaches him that art is for everyone to enjoy and he can focus his energy better by making his own art. Following an accident with art supplier Grover, he creates his own piece of cookie art - a colorful, splatter impression of himself, which he titles, The Cookie. The piece finds its way into the museum afterward.

Although he is first known to be Chewie for the Star S'mores parody commercial from Cookie's Crumby Pictures Home Entertainment Inc., the Cookie is stated as "Little Cookie" for the special. 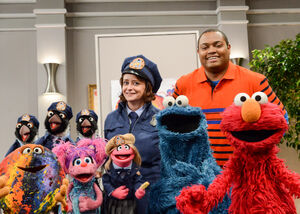 Chewie with paint on himself.

Chewie as seen on Sesame Street's banner for YouTube. 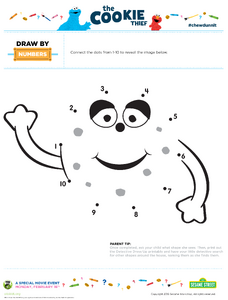 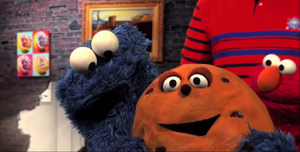 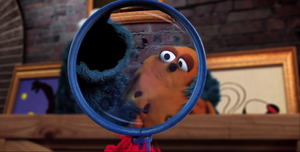 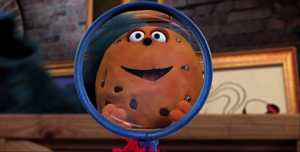 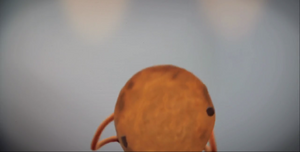 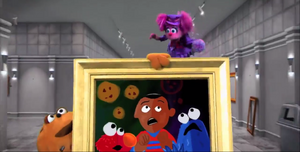 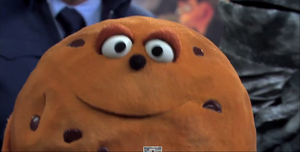 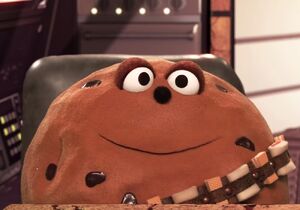 Chewie
Add a photo to this gallery

Retrieved from "https://villains.fandom.com/wiki/Chewie_the_Cookie?oldid=4179667"
Community content is available under CC-BY-SA unless otherwise noted.