Images and videos of the dirty cheater Chick Hicks from Disney/Pixar's 2006 Oscar nominated film Cars and in its sequel. 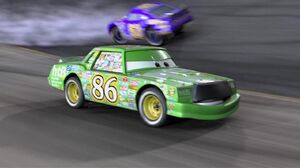 Highlights showing Chick Hicks and his history on wanting to beat The King. 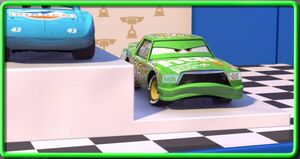 Chick scowling at being third place. 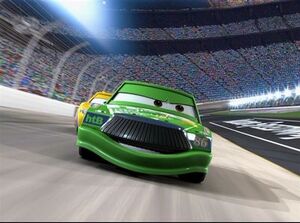 "Dinoco's all mine!" Chick about to cause a wreck 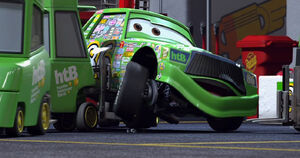 Chick in the pits. 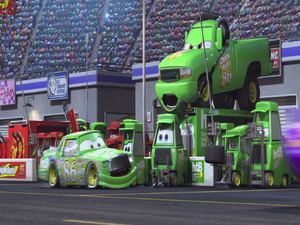 Chick about to leave the pits. 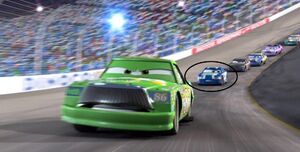 Chick and his pitties.

Chick, McQueen and the King.

"Hey, McQueen, that must've been pretty embarrassing, but I wouldn't worry about it..."

Chick listens to the venue announcment

"Hey, rook, first one to California gets Dinoco all to himself."

Chick bonds with Team Dinoco in Lightning's nightmare of Chick becoming the new face of Dinoco.

"Hey, McQueen! Eat your heart out!"

Chick on the TV 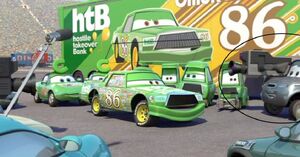 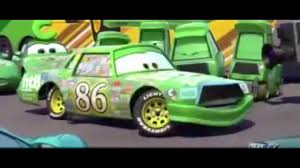 "Hey, McQueen, where have you been? I was feeling a bit lonely and had no one to hang out with,except for the Dinoco folks and the twins. The twins who used to be your fans and now they are mine..."

"It's me and the old man fellas! McQueen just doesn't have it today." Chick's evil grin

Chick about to hit McQueen.

Chick's villainous breakdown by slaming the King and McQueen

Chick on the loose

Chick forcefully bumps The King, causing him to spiral out of control and severely crash.

"Hey, what?! What's going on?" Chick, celebrating his victory, realizes that the fans are not cheering for him and are giving praise to McQueen for his heroic action on gracefully accepting loss by helping The King finish his last race.

Chick and his own Piston Cup.

"What's wrong with everybody?!" - Chick being booed by the crowd. 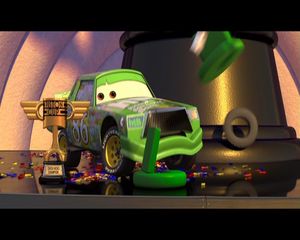 Chick about to take his trophy

"Hey! This is the start of the Chick era!" Chick making his getaway with his new trophy as he realizes that the fans and media are rejecting him by booing him off the stage for his bad sportsmanship on wrecking The King.
Add a photo to this gallery

"...I couldn't have enjoyed it more if I beaten McQueen myself."

"Oh, wait. I have." Chick bringing up his Piston Cup victory

"Not enough about me here."

"To tell you how it happened, it's professional number cruncher,..."

"And for the better if my old pal, Lightning is down for the count,..."

"Another easy win over all Katchow,..."

"Cause he's always in the back."

"Champion for the ages, Chick Hicks here. Coming to you live at Chick Hicks studios..."McQueen watching Chick on TV

"Oh, and in case you missed it, talk of the track tonight..."

"...is Lightning McQueen yet finding another way to embarrass himself."

"At a demolition derby!"

"Makes me feel sorry for the guy."

"here's what his new sponsor has to say."

"I knew his career was stuck in the..." Chick believing that McQueen's career is no more, resulting McQueen to turn off the TV
Add a photo to this gallery 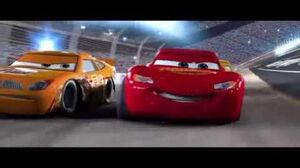 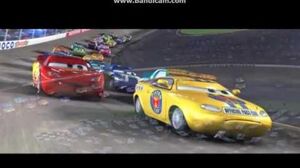 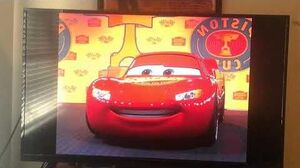 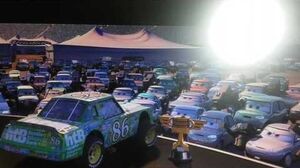 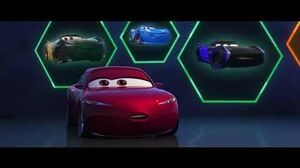 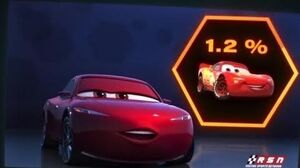 Cars 3 - 1.2% Chance of Winning
Chick’s final appearance
Add a photo to this gallery
Retrieved from "https://villains.fandom.com/wiki/Chick_Hicks/Gallery?oldid=3657450"
Community content is available under CC-BY-SA unless otherwise noted.