Create IEDs to blow up their tenement along with the rest of the neighborhood (failed).

Sacrifice children to become higher beings (suceeded).
Kill SWAT officers in order to protect their leader and won't allow them to see the graves of their children (failed).

The Children of Tarrone are a dangerous doomsday cult that act as the villains in the 9th mission of a video-game SWAT 4.

The Children of Tarrone are a break-away group of a fictional separatist group in Idaho and followed their leader, Andrew Taronne, to the NYC area. They view Taronne as a combination all-knowing guru and prophet. They showed up here about three years ago, used cash to purchase an old apartment building needing serious rehab, and moved into it en masse. They only leave the building in groups of three or more, and they refuse entrance to any outsiders. And Taronne himself never leaves the building. Anything they're doing was ordered by Taronne. The group they split from, believes in strong defense, and there’s no reason to think that Tarronians have changed that tenet and even the unarmed cultists won't give up easily.

The cult turned homicidal when, for unknown reasons, they decided to create a fertilizer bomb by which to blow up their own tenement and a large chunk of the surrounding neighborhood with it, luckily an unknown informant (possibly an ex-member who decided to leave the group) called the authorities beforehand and SWAT is called in to take out the cultists before they have the chance to go through with their plans.

The End Of The Cult

On April 2, 2008, at 16:45, the SWAT team enters Children of Taronne's Tenement to arrest or ultimately kill Andrew Taronne and arrest other cult members. Inside the building, the officers see one big mess, barely illuminated interiors, and a huge number of explosives scattered throughout the building. The whole building has also been transformed for the needs of the cult and the individual apartments have a different role like dining room, bedrooms, workshop, post room and even a chapel. They also meet armed and unarmed cult members fiercely resisting the handcuffing and fighting to death, just to prevent the officers from reaching their leader. Although the SWAT team does prevent the Children of Taronne from committing the terrorist act of blowing up their tenement, the cult's dark past is revealed via a disturbing discovery in the basement in the form of a mass gravesite for their children, who were presumably killed by the cult as part of their plan to become "transformed" via their alien god. 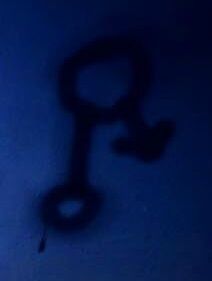 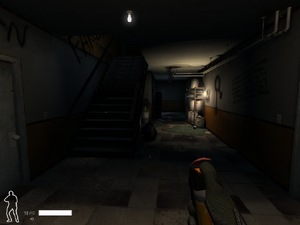 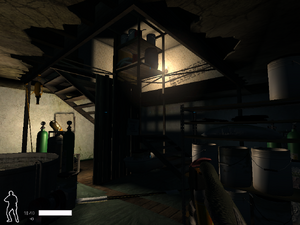 The Children of Taronne's makeshift lab. 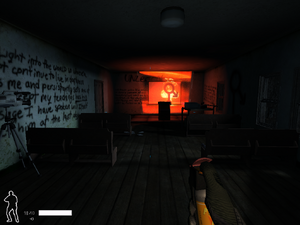 The Children of Taronne's makeshift chapel. 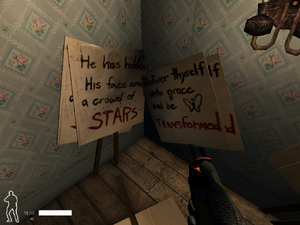 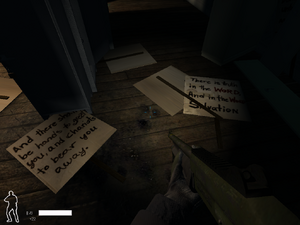 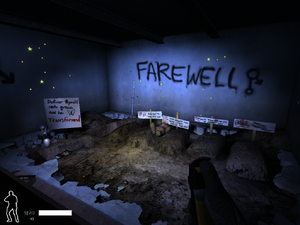 The Children of Taronne's makeshift graveyard.

The symbol of the Children of Taronne