Children of the Scarlet King

Children of the Scarlet King

GROUP MENDES (by the GOC)

Serve the Scarlet King (ongoing).
Bring the Daevites to the present (partially succeeded).
Destroy the current status of the world and render both pre-modernism and modernism meaningless (failed).

The Children of the Scarlet King are a recurring antagonist in the universe of the SCP Foundation wiki. They are a thaumaturgical cult that worships the Scarlet King and seek to summon him into the universe in order to destroy the current state of the modern world so they may rule over of what is left of humanity as in the premodern ancient times.

When Thomas Bruce the 6th Earl of Elgin, wrote a religious philosophical book titled "The Three Laws of The Scarlet King" in 1787, which centered around violent anti-modernist methods to revert humanity back to a survival-based life, he had an occultist perform an extensive ritual on his books on the summer solstice on June 20th, 1788, which resulted in Bruce's book about the Scarlet King to brainwash its readers into regarding its content as important religious facts. This later led to the creation of the cult known as the Children of the Scarlet King, and after the King became an actual real entity as a result of SCP-001 (McDoctorate's Proposal) amplifying the anomaly surrounding the book, the cult became servants of the King.

As part of their plan to bring their god to their reality they kidnapped seven young girls (or six depending on canon) and impregnated them via some occult ritual. When the cult was raided by the police, one of the girls gave birth to something that prompted both the SCP Foundation and the Global Occult Coalition to step in. The six other girls were detained by the Foundation, but five more births, and with that five more disasters, occurred. Currently only the last girl, SCP-231-7, remained, and it was believed if she gave birth, a XK-class "End Of The World Scenario" might occur.

During the raid, while the Foundation got hold of the girls, the GOC got from the Children six of seven ancient spears in which the demonic servants of the Scarlet King were trapped, and because of their ability to summon other servants into Earth and inflict grave damage to people both physically and mentally, the GOC shared the custody of the spears with the Foundation, designating them KTE-2013-Kapala-Mendes. The Children also had in their possession SCP-2121 which they used it to hang "heretics" within their communities, taking joy from the victims' anger and suffering as their life and bodily fluids drained away. The Horizon Initiative, one of the organizations that opposed the Children, discovered the remote village in which SCP-2121 was located and took it under their custody.

In the late 90s, the Children began collaborating with The Coca-Cola Company, with the cult helping the company in their war against PepsiCo by using their magic to improve the production of their products. This however, would lead to the company's machinery bleeding, a howling sound being heard in their plant and seven employees going missing. Because of this ritual conducted by Children to aid The Coca-Cola Company, several PepsiCo bottling plants completely disappeared, costing the lives of around 30,000 individuals. This event contributed to the creation of SCP-570.

The Children of the Scarlet King was thought dissolved in 2018 after a joint operation carried by the Foundation and the GOC, during which both the Seventh Bride and the group's leader Dipesh Spivak were taken into custody. However, the cult secretly lived on, with preacher Elder Rockwell unknowingly spreading the Scarlet King worship throughout America, while being aided by Orvo under the guise of "Mr. Green".

The Fourth Reich of the Obskurakorps had recruited several individuals from the far-rightist groups, which included some members of the Children of the Scarlet King. Later the cult joined General Bowe's Foundation Elimination Coalition, a group dedicated to bring down the SCP Foundation for good and break the veil of secrecy, and successfully took over Site-19 along with other sites. However, the Foundation was able to defeat the Coalition which disbanded after the Foundation sites were retrieved.

Around 2022, a sect of the Children broke inside the home of Marshall, Carter and Dark, Ltd. associate Richard Bruce and stole his copy of SCP-140 since they planned to use it as part of their ritual to bring back the Daevite Empire. They took the book to a house in Elgin, Moray, Scotland and in the winter solstice they performed a thaumaturgic ritual which involved the ignition of the book. MTF Mu-3 were able to track the sect down and tried to intervene but were too late as the ritual was successfully completed and the Daevites were expected to remanifest on the vernal equinox. However, on March 20, because SCP-140 was a false history created by Thomas Bruce who used occult magic to turn it into reality and rewriting the real Daevites, its destruction resulted with the Daevites reverting to a normal civilization with all of the related anomalies ceasing to exist. Since the Scarlet King was completely made up by 140-A as part of 140, the Children of the Scarlet King also seemingly ceased to exist as they had never actually formed.

After the Foundation constructed SCP-6659, an eigenweapon developed for the neutralization of hostile deific entities from within the noosphere, they tested it on the deity worshipped by the Children in order to have them dissolved. Upon using SCP-6659 on the Scarlet King, they successfully trapped him within a sacrificial dagger which acted as his totem. However, various groups of the cult continued existing and still operated post-activation 007, since the magic used by the leaders of the cult had actually no real relation to the Scarlet King, but instead it was possibly related to SCP-2747, with the King being only a manifestion of the being.

In the GOC case file KTE-2013-Kapala-Mendes, the GOC refers to the cult as GROUP MENDES, and knows about at least six cells of the organization: three in North America, two in Eastern Europe and one in North Africa. Most of the members of the cult are from the lower classes of society, with the group having several wealthy backers as well. The group is also linked to other radical anomalous groups.

The main cell, located in Alabama, USA, presents itself as a standard right-wing Millennialist fire-and-brimstone Christian church, while its inner circle reveals the true dogma: the worship of the ancient low-level elder god known as the Scarlet King, who is also possibly the Devil. The cult apparently believes that the King can win the battle of Armageddon, where it would destroy the planet, and allow the members of the cult to rule over the post-apocalyptic landscape.

The group's dogma also includes a philosophy of "enlightenment through violation", which is speculated to resemble the rituals of Sarkicism, meaning vile acts rape, pedophilia, human sacrifice and cannibalism could be part of the dogma, as is thaumaturgy. The GOC also describes them as "psychopathic demon-worshipers", who also have knowledge and access to at least one or more anomalous artifact/entity. The cult also became enemy with the Serpent's Hand, since the Children had raided the Wanderer's Library despite having matching ideologies about breaking the Veil of normalcy.

The current number of this group is speculated to be around 8,000 actual cultists, and at least 60,000 "Second Amendment Activist" Christians, who have a paranoid mistrust of secular governments, and who are ready to defend themselves (and the actual cultists) through violent means. The group has gathered massive amounts of wealth, weapons and anomalous objects over the years, to the point in which the GOC cannot destroy them in secret.

Others believe that the group simply want to serve the King in his conquest to wipe out all reality, similar to the cult of Cthulhu, wanting to both help and witness the cosmic destruction that he causes. In Tufto's Proposal, the Children revere a set of laws referred to as the Three Laws of the Scarlet King made up of the Law of Blood, Concrete and Howling: The Law of Blood represents the premodern world in which sovereigns ruled over the people with cruelty, hate, fear and blood in order to survive; The Law of Concrete represents the modern world in which people nowadays try to understand and analyze everything and live without struggle inside concrete houses; The Law of Howling represents the tension between the two worlds causing the entity of the Scarlet King who was an advocate of the Law of Blood to howl at the Law of Concrete. These laws embody the very idea that comprises the Scarlet King.

According to Dipesh Spivak, the true faithful members of the Children who understand the real nature of the Scarlet King as a living idea representing premodernity's "revenge" against modernity don't actually want to worship the evil god, but are instead haunted by him in their minds and forced to worship him. They seek to summon him in order to have him destroyed, so they could be free of his influence after destroying the modern lifeless way of life and return human civilization to its savage, hard, wild roots. The Children also accused the Foundation of being partially responsible for the creation of the Scarlet King due to the organization trying to set up an order, studying and trying to understand the anomalous world, shaping the Scarlet King in his current form which cannot be destroyed as long as the Foundation exists.

In both SCP-6747 and SCP-6659, it is implied that the Children, unbeknownst to them, actually worshipped SCP-2747, since most incarnations of the Scarlet King across the multiverse were manifestations of the anafabula used to help it destroy realities. 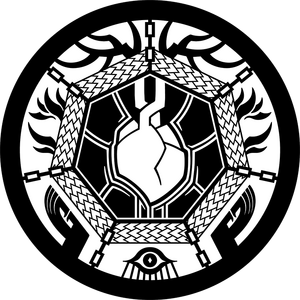 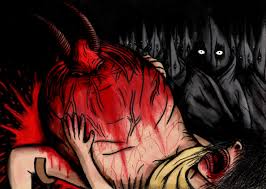 The Children with one of the girls. 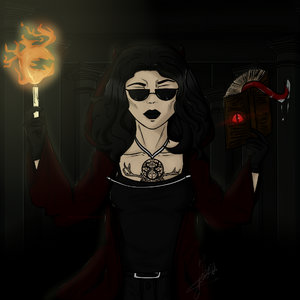 A member of the Cult. 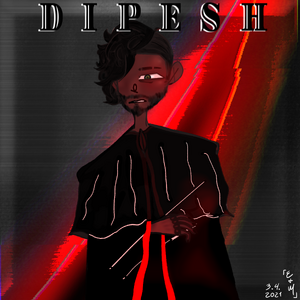 Sacrificial dagger used by the Foundation as part of SCP-6659 to decommission the Children's deity.