China White was the leader of a drug cartel that dominated the South Pacific. She supplied heroin imports for the West Coast United States, Australia, Japan and the entire Pacific rim. Her base of operations was a volcanic island in Fiji.

Many years ago, millionaire playboy Oliver Queen found himself manipulated into financing several of China White's operations, though he was unaware that he was secretly investing in a drug cartel. When Ollie's presence threatened to expose China White, she ordered the mercenary henchman Hackett to kill him. Hackett beat Oliver up, and tossed him over the side of his boat, the Pacific Queen. Ollie survived however and managed to make his way to the island. He discovered China White's poppy fields and learned that she had been using local villagers as slave labor to sow the fields.

When she discovered that Hackett had failed to kill Oliver Queen, she ordered him to finish the job or else he would spend his last days being slowly eaten away in a rat-infested cage.

Chien was trained by Zhishan to be a cold-blooded assassin. She kills quickly and efficiently, each kill to her is nothing more than a job. She follows a type of "warrior's code", showing no mercy to her enemies and expecting none in return. She does have a sense of revenge; when Helena kills Zhishan she attacks the Bertinelli house and declares that they will kill everyone. She seems to hold a grudge against The Arrow for injuring her.

Chien is a ruthless criminal as she robbed medicine transports and even wanted to sell the lethal OMEGA virus on a auction to the highest bidder.

Season 2 gives her character more depth, showing her "warrior" side and giving her motivations other than bloodshed. She shows these things when she is spared by The Arrow. She mocks him for sparing her life, implying that he's softened.

China has also been shown to be loyal to her allies, which is encapsulated by her catchphrase, "Anything for a friend", which she usually says when her allies thank her. 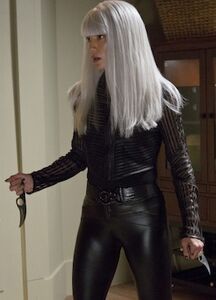 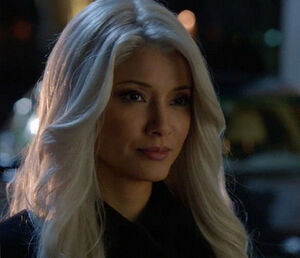