Summoning Chompies
Transforming into a giant Chompy
Turning others into Chompies

He was voiced by Alex Ness in the games, and by Chris Diamantopoulos in Skylanders Academy.

The Chompy Mage was causing trouble in Wilikin Village, refusing to leave. Whenever the Wilikin confronts him, the mage would switch between worlds to escape. Eventually, the Skylanders confronted the Chompy Mage, and with Serafina's help, they were able to defeat him.

Believe it or not, the Chompy Mage actually hatched from inside a Chompy Pod. At least that is how his Chompy hand puppet tells the story. Having been raised by Chompies, it is no surprise that the old magician is a little strange. He simply grew up embracing the Chompy way – believing that Skylands would be a better place if everyone was a Chompy – an illegal enchantment which he has actually tried to perform on several occasions. Eventually, the Chompy Mage's forbidden magic attempt to turn others into Chompies led him to be locked up inside Cloudcracker Prison, where he met the other Doom Raiders. Of course, they all thought he was completely crazy, but the Chompy Mage can see through the eyes of any Chompy in Skylands – and having a few billion little spies can come in handy when trying to enact revenge on the Skylanders. Plus, he could secure the Chompy vote for any sort of political elections that followed.

The Chompy Mage has the capability of summoning chompies and controlling them, as well as transforming himself into a giant Chompy form. Not only that, but he can also summon spells that can either harm Skylanders or heal them depending on the world, switching worlds will switch the magic's properties. He can also transform into his Super Magma form, where he's a giant chompy made out of lava. He can conjure a forcefield to protect himself, and even teleport. He is also able to turn other people into Chompies.

Chompy Mage is crazy for obsessing about Chompies and believing that he is one. So crazy, he even believes in what his hand puppet tells him. Because of that, he is protective of them and is capable of turning into a giant one. 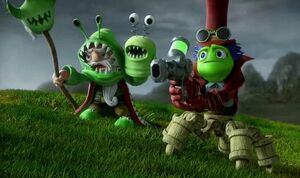 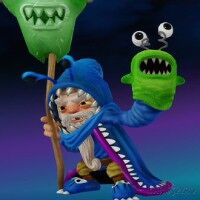 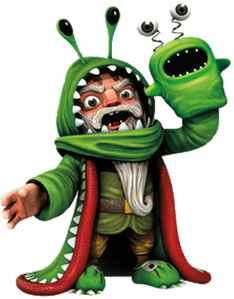 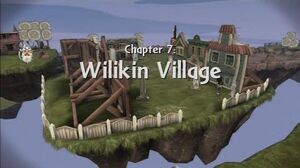 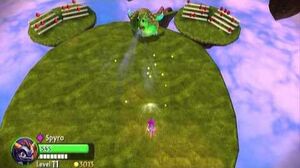 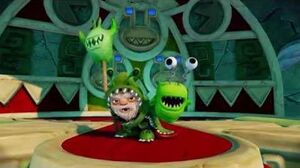