Chongire is one of the major antagonists of the anime series, Tropical-Rouge! Pretty Cure. He was one of the Witch of Delays' servants on the villain.

He was voiced by Hiroshi Shirokuma, who also voiced Riz in BEASTARS, Azuma in Fairy Tail, Corsac in RWBY, Cervantes de Leon in Soul Edge and Libra in Mega Man Star Force.

Chongire is the blue hermit crab with the red scarf on his neck and red belt on his waist.

He was not found to stealing Motivation Power, unless he will have to do it from the Witch of Procrastination has to do it himself. 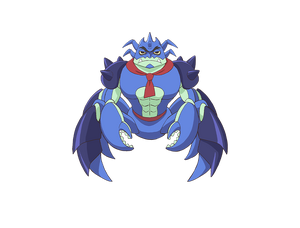 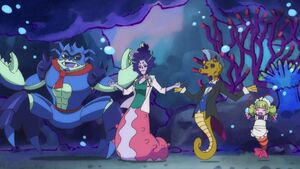 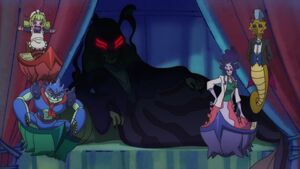 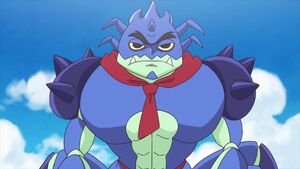 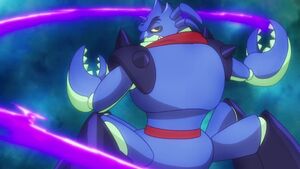 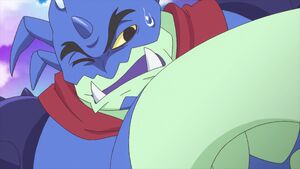 Chongire wonders who Cure Summer is 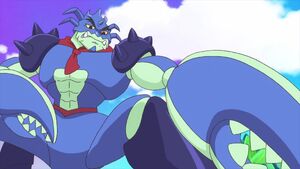 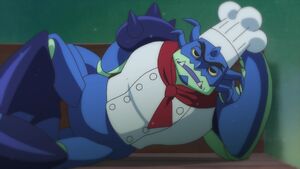 Chongire is not feeling motivated. 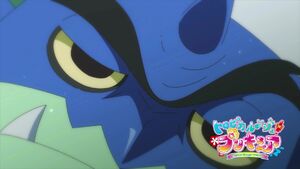 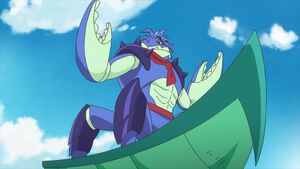 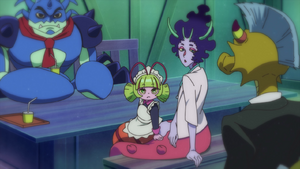 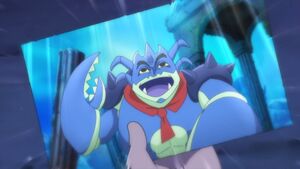 Chongire is having the time of his life 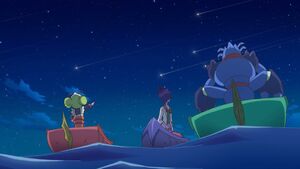 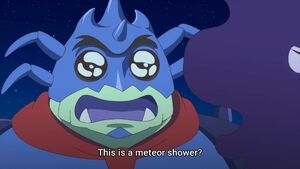 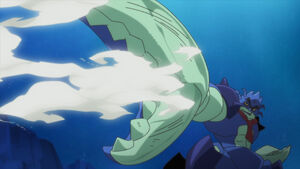 Chongire decides to help the Cures 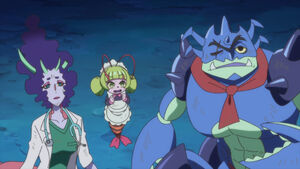 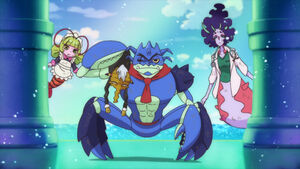 Chongire, Numeri and Elda tell the Cures that the Motivation Power is Butler's 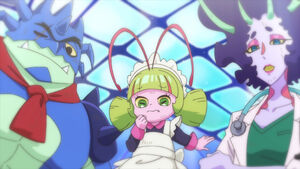 Chongire, Elda and Numeri don’t want to give the Motivation Power back to Butler 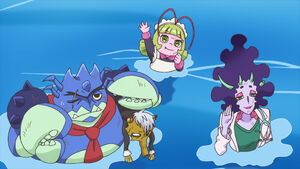 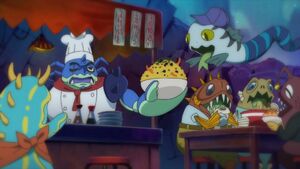