Chorakhe is a giant mutant crocodile and the titular antagonist in the 1979 Thai horror film of the same name.

Chorakhe is a mutant crocodile who was created by atomic testing in the Pacific Ocean. The destructive crocodile wreaks havoc on a Thai village and devours any living being he comes across. He even devours the two spouses of Tony Akom and John Stromm. Swearing revenge, they study up on the crocodile and try to capture it with traps. When their traps fail, they set out to the sea on a boat with a fisherman named Tanaka and a photographer named Peter to hunt down the crocodile. During one night, Chorakhe attacks the boat and manages to devour one of the men whole. At day time, Chorakhe appears again, but this time the men fight back and shoot at the monster. However, he kills them all except for Peter. While the boat sinks, Peter straps himself with dynamite, gets the crocodile to devour him, and the crocodile is blown up with the boat. A rescue boat later comes to discover that there are no survivors. 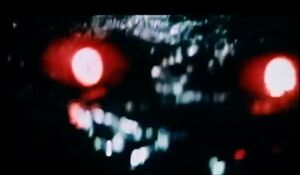 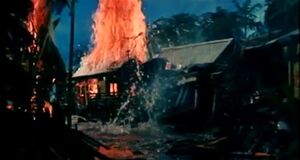 Chorake's destruction to the village. 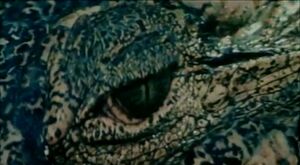 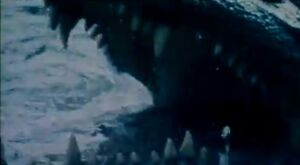 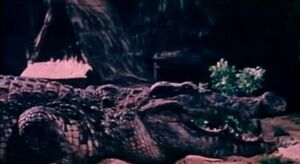 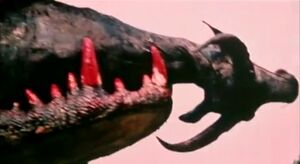 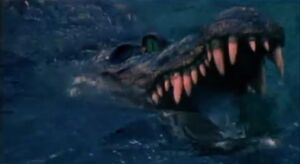 Retrieved from "https://villains.fandom.com/wiki/Chorakhe?oldid=3771068"
Community content is available under CC-BY-SA unless otherwise noted.