Karate Instructor for the US military police in Japan.

Being devoted to his Uncle Sato.
Harassing Daniel LaRusso.
Bragging about honor.

Defeat Daniel LaRusso for humiliating him and dishonoring him in front of his Uncle Sato and his peers (failed).

Chozen Toguchi is the main antagonist of the 1986 martial arts film The Karate Kid Part II and a supporting character in the third season of the YouTube Red/Netflix television series Cobra Kai.

He was portrayed by Yuji Okumoto.

Chozen Toguchi is Sato Toguchi's nephew and best student as well as a Karate Instructor for the US servicemen in Japan. Like Johnny Lawrence, he is a bully and second enemy to Daniel LaRusso. Unlike Johnny, however, Chozen seems to have a sense of honor for the art of karate and is more highly skilled, though far more cruel and ruthless.

His sense of honor does not extend to the natives of Tomi Village, however, as he cheats farmers by using rigged weights, which Daniel later accidentally exposes, causing the villagers to gain respect for Daniel and more disgust for Chozen's dishonesty. This causes Chozen to develop a very strong grudge against Daniel.

Chozen also goes so far that he will even be willing to kill his opponent for honor. He even forces Daniel to face him in a death match while holding Kumiko hostage at the end of the film. He was just like his Uncle Sato, but twice as bad.

When his Uncle showed remorse and saw how bad he became, he decided to end his feud with Miyagi and when he saw Chozen not to help Daniel out (willing to let a little girl to die in the storm), he disowned him in anger. Chozen runs out into the storm

Later, Chozen appears at the festival and takes Kumiko hostage. Then he demands Daniel to fight him alone, threatening to slit Kumiko's throat if anyone tries to save her.

As Daniel accepts the challenge, acknowledging that this time it isn't a tournament and Chozen will kill him if he gives him the opportunity, Daniel throws the bridge away to create a fight arena for him and Chozen. Chozen proves to be a quite difficult opponent, even avoiding defeat with the same technique used by Daniel to defeat Johnny in the first movie and inflicting Daniel to the verge of death.

However, the audience, including Sato and Miyagi, resolve to aid Daniel by distracting Chozen enough so Daniel can defeat him. Severely beaten and at the verge of death, Chozen is taken by Daniel, who asks him if he wants to die or live. Chozen responds that he prefers death, but Daniel chooses to let Chozen live so he could live with the humiliation of having been defeated, pressing his nose and rendering Chozen unconscious, to the audience's relief.

In Season 3, decades after the fight, Chozen decided to be a better man. He reconciled with his Uncle Sato, ran his dojo and also ran an honest company. When Daniel came to Okinawa, they met and put their differences aside; he also taught him some tough moves that Mr. Miyagi never taught Daniel.

During a combat practice, Chozen used pressure point hits to defeat Daniel; when he was about to finish him off with a bare hand hit he then grabbed his nose and make a honk sound (like Daniel had done to him decades before). After teaching Daniel, they reconciled and Chozen gives Daniel the scroll with the secrets of Miyagi-Do karate, saying “You keep for your collection” (similar to what Chozen had told Kumiko decades before, when she avenged Daniel by throwing a tomato at Chozen’s back and he took off his shirt, offering it to her) before departing to teach a class as Daniel returns to America.

The pressure points training was useful for Daniel when he fought John Kreese in the Cobra Kai dojo.

Chozen made a cameo appearance at the end of season 4, having agreed to enlist the help of Daniel to stop Terry Silver and end Cobra Kai once and for all.

Chozen presents himself as a cruel, ruthless, remorseless and disgraceful fighter. Chozen seems to fit the psychiatric profile of a psychopath, a narcissist, a borderline personality, or all three. While he seems to boast about it throughout the film, Chozen seems to have a twisted and misguided definition of honor. While he shows respect for his superiors such as his uncle, he is heartless and disrespectful against everyone else around him, cheating the villagers of their money with ridged weights and mugging Daniel of the money he won against him in a bet Daniel won fairly, initially refusing to honor the bet he made when showing that he is a sore loser, and demands respect despite not earning it.

His sense of honor may be mistaken for pride as he holds himself in very high regard despite his despicable actions. Simply because he is a master of martial arts, and because of how he sees himself and his definition of honor, Chozen thinks that he is a man above morals, and does not see the errors of his ways (possibly because of his upbringing by his uncle). Chozen believes that anyone who is not willing to fight regardless of the situation, whether it calls for conflict or not, is a coward and deserves death. He also believes that he deserves to die if he is defeated.

After he is defeated and decided to become a better person. He always like this because of his Uncle’s influence; it was why he and Sato decided to become better men and both reconciled and patched things up with Kumiko and Yuki. Daniel returned to Okinawa and made amends with Chozen. Chozen and Johnny Lawrence are shown to have similar qualities, as they were both influenced as bullies from their mentors (Kreese and Sato). 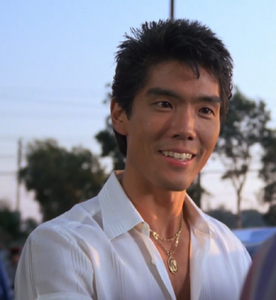 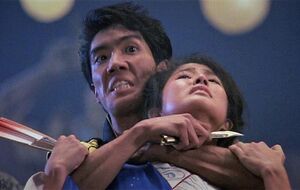 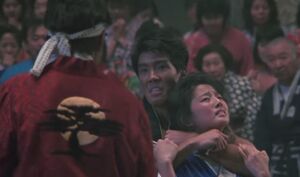 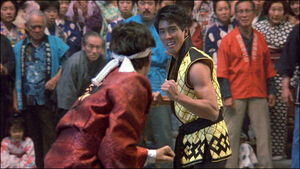