Leader and founder of the Toxic-Mega Cunts

Helping his father with his plots (in the first film).

Plotting revenge on Kick-Ass and antagonizing him.

He was portrayed by Christopher Mintz-Plasse, who also portrayed Edward "Evil Ed" Lee in the 2011 remake of Fright Night.

In the first film, Chris appeared as Red Mist but also as the secondary antagonist.

When it is believed that Kick-Ass is responsible for killing Frank's drug dealers and henchmen, Chris disguises himself as a superhero, Red Mist, and befriends Kick-Ass. During this time, he learns that Big Daddy and Hit-Girl, not Kick-Ass, are the vigilantes intent on bringing down his father's business. He tricks Kick-Ass into taking him to meet Big Daddy and Hit-Girl, in order to lure all three heroes into a trap. He is as ruthless as his father, although he is still human enough not to harm those who pose no threat to him or his father, as evidenced when he pleads with Frank to spare Kick-Ass' life after proving his innocence.

However, when Kick-Ass forms an alliance with Hit-Girl in order to destroy the D'Amico family business, he engages Kick-Ass in a fight and tries to kill him, but ultimately loses the fight. After his father's death at the hands of Kick-Ass, Chris dons a new mask and vows revenge on Kick-Ass and Hit-Girl. At the end of the movie, he sits at his father's desk with a handgun and says "As a good man once said 'Wait till they get a load of me.'" He then shoots his handgun at the camera (breaking the fourth wall), ending the film.

Chris returns as the main antagonist of the sequel as The Motherfucker.

After his father's death, his mother insisted that Chris's obsession with killing Kick-Ass was unhealthy and that Frank died in a fire. Chris, in a fit of rage, accidentally kills his mother by breaking her tanning bed whilst she was in it. Chris takes his mother's outfit and renames himself The Motherfucker.

After his first crime results in failure, despite his goal of attempting to go viral, his right-hand man Javier says that Chris should be his own man and helps him assemble his league, the Toxic-Mega Cunts by paying people to kill Kick-Ass instead of doing the deed himself. Chris visits his Uncle in prison; during the visit, Ralph orders Javier killed in order to dissuade Chris from his path of villainy, but winds up pushing him even further into evil.

That night, he and the Toxic-Mega Cunts infiltrate the Justice Forever hideout and Mother Russia, second in command and bodyguard of D'Amico, kills Justice Forever leader Sal Bertollini (alias Colonel Stars and Stripes) by stabbing him in the chest with a machete. Despite sparing Sal's German Shepherd, Eisenhower, the team goes out for pizza. The next day, with his gang in tow, The Motherfucker learns Justice Forever member Night Bitch's identity and proceeds to attack her in her house. He then attempts to rape her, but when he is unable to get an erection, he hurts her just as Mother Russia kills many police officers outside.

When Dave's father takes blame for his son and claims to be Kick-Ass to police, The Motherfucker hires thugs to kill Dave's father in prison and assault Dave at the funeral. His minions kidnap Dave and fail to bring him back to the lair. He laughs when Kick-Ass and Hit-Girl infiltrate his lair, explaining he and his army outnumber them, not realizing that Hit-Girl is leading Justice Forever to his hideout. Scared and masking his fear by responding to Kick-Ass, he and Dave stare at each other in anger, before Kick-Ass punches him in the face. A massive brawl then breaks out between the heroes and villains, including Kick-Ass and The Motherfucker; Kick-Ass having the upper hand due to his extensive training. The Motherfucker flees with Kick-Ass in pursuit.

Once on the rooftop, The Motherfucker ambushes Kick-Ass by hitting him over the head as he runs through the rooftop door, sending him to the ground in a daze. After berating Kick-Ass for using his talents to help the defenseless, The Motherfucker and Kick-Ass duel. Eventually, The Motherfucker is beaten by Kick-Ass and falls defeated on the skylight. The skylight cracks, but Kick-Ass grabs The Motherfucker, reminding him that if he dies, he has no second chance. The Motherfucker refuses, swearing that he will return, and plummets to his death. As he falls, he realizes that he doesn't want to die, but he lands right in the shark tank. His relief is short-lived, though; he is promptly ambushed by his shark and seemingly killed.

In a post-credits scene, The Motherfucker is at a hospital, shown to have survived his fall into the shark tank but the shark attack had left him without his legs (and penis). Immobilized and in critical condition, he screams for attention as he attempts to get a sip of water, but is ignored. He will be headed to prison once he heals. 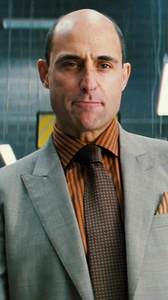 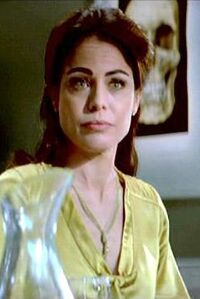 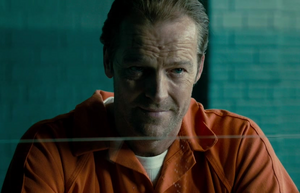 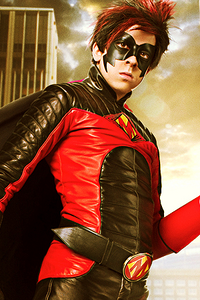 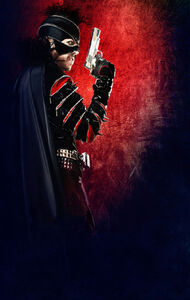 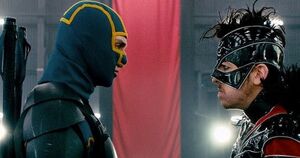 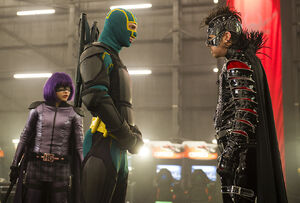 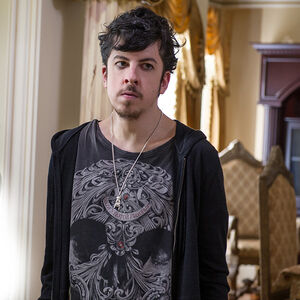 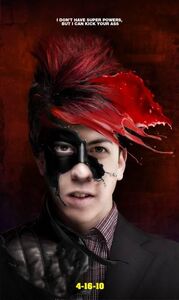 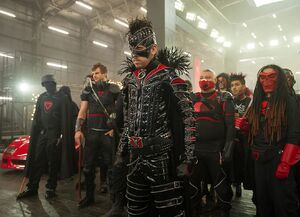 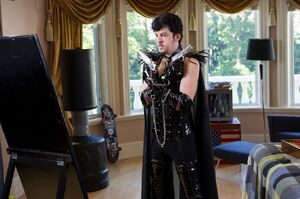 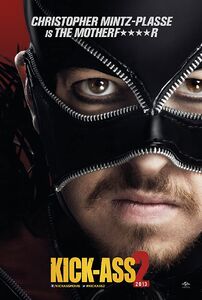 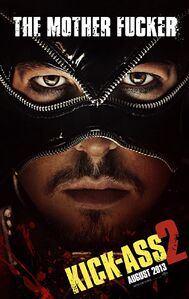