The Host with the Most

To become the most popular reality show host (succeeded)

Chris McLean is the main antagonist of the Total Drama series. He is the host and the one in charge of designing the challenges the contestants have to face. In-universe, it is confirmed that Chris did not create Total Drama by himself, as he mentions producers multiple times in the series. His most important employee and personal pawn is Chef Hatchet, as well as several interns who he torments for fun. He has since become one of the most beloved yet hatable characters of the series.

He was voiced by Christian Potenza.

He openly takes pleasure in watching the competitors suffer, and frequently goes out of his way to make things as difficult as possible for his amusement.

Besides, it becomes increasingly clear that he has zero concern for fairness and sportsmanship in the competition and loves to deliberately and abruptly eliminate contestants who don't deserve it in extremely unfair ways, and on more than one occasion he has out–and–outright broken the fundamental rules of the game. Chris thoroughly enjoys it whenever contestants fight with, bully, exploit, betray and cheat against each other, and sometimes tries to exacerbate the conflicts between them.

However, Chris has shown a caring side such as him feeling sorry for Justin when he was eliminated and when he became disgusted with Courtney for knowingly making a sundae that would make the interns ill, though it's more often for him not to care about the campers' safety. Nevertheless, when Gwen was nearly attacked by the real Chainsaw Killer, Chris went with the other contestants to save her, yet it's shown that he was worried to be sued if Gwen was killed. Even when he left Duncan, Gwen, Heather, and Owen marooned for a challenge, he felt pity for them and asked Chef about his opinion about going after them. This niceness, however, seems to have faded away in later seasons, with Chris descending into a sadistic and sociopathic host. One could argue that he was always like this, and simply stopped caring about his image.

On the other hand, he hasn't lost all of his redeeming traits. For example, he does have moments of showing some compassion as when he hugged Harold after Duncan called him "Doris" (although he showed some annoyance when doing so). Furthermore, while he still treats him horribly, he does have a soft spot for Owen and even considers him one of the few contestants he likes.

Christian Potenza, Chris' voice actor, likes to believe that something happened in Chris' life that made him the sadistic host he is today. Unfortunately, the staff hasn't had any time to make a story for that yet. Furthermore, because they no longer are making any new seasons of Total Drama, what made Chris so evil will never be revealed. Thus, one might assume that he let his fame get in the way of what little morals he had, or that the whole year he spent in prison after the fourth season might have toughened him. 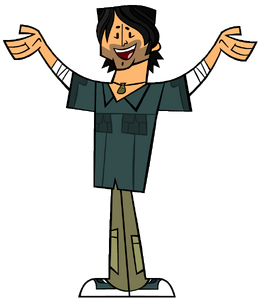 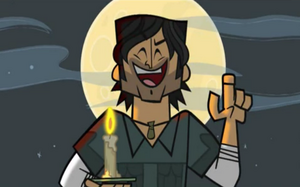 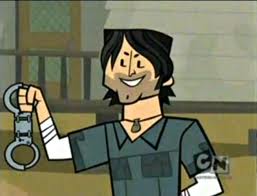 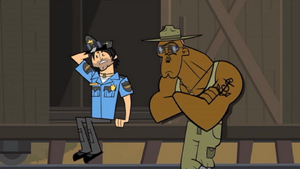 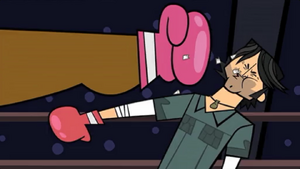 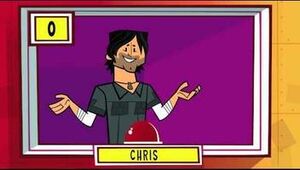 Chris appears in Skatoony in the episode Pop Video. 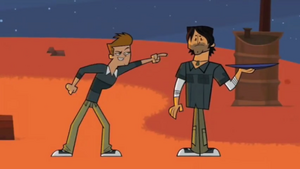 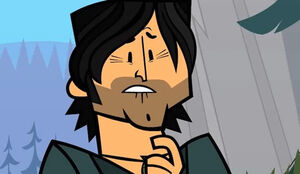 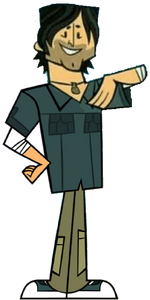 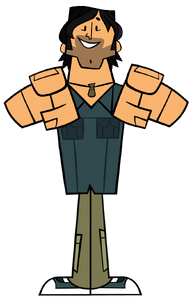 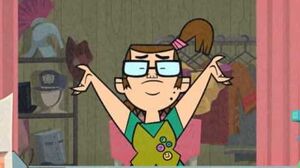 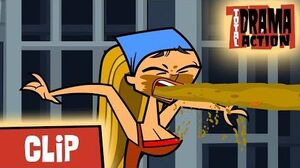 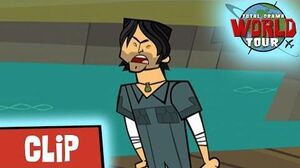 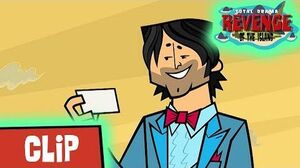 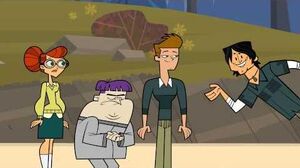 Preview - A Blast from the Past 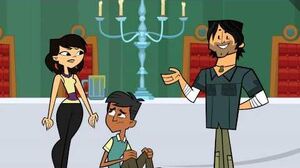 Preview - Hurl and Go Seek
Add a photo to this gallery

Retrieved from "https://villains.fandom.com/wiki/Chris_McLean?oldid=3778384"
Community content is available under CC-BY-SA unless otherwise noted.