End his relationship with Dani

Go to Sweden to sleep with women

Christian Hughes is the deuteragonist and the central antagonist of the 2019 film, Midsommar. He is the emotionally abusive boyfriend of Dani Ardor and dies at the hands of The Hårga.

He was portrayed by Jack Reynor.

Christian is manipulative, lazy and gaslighting. He hates taking responsibility for his actions and often gets other people to apologize/do work instead of him. For example he emotionally abuses and guilt trips Dani Ardor by making her consistently apologize for herself, taking advantage of her severe anxiety disorder. He also tried to steal Josh's work on the Hårga because he was too lazy to write a thesis himself. A slave to his desires, he refuses to dump Dani despite not loving her because he "might want her back", yet was hoping to go to Sweden to impregnate other women. He doesn't seem to care about anyone other than himself and shows some traits of Narcissistic Personality Disorder as he only cares about people as long as he can get something out of them.

Even his friends seem to dislike him. Josh criticizes his lack of sense of responsibility and Mark says that he is wasteful and stupid for not breaking up with Dani. Pelle acts friendly and genial to him, but he was really putting up a front as he intended to kill him and (possibly) steal his girlfriend.

The Harga, being a white supremacist cult that practice pagan rituals in the modern age, needed sacrifices for their Midsommar festival that occurred once every 90 years. Father Odd decided to task Pelle, who he remarked has an immaculate sense for people, and his brother Ingemar, with bringing them from abroad. Pelle brought college students Christian, Dani, Mark and Josh, while Ingemar brought his co-workers, Simon and Connie.

Christian is seduced by Hårgan woman Maja. She attempts to put him under a love spell, and the Hårgans explain that she has fallen for him. He is drugged and raped by Maja and when Dani sees the act, she mistakes it for infidelity and orders his death. He is the ninth and final sacrifice for the festival of Midsommar.

He dies in here

Christian going down on Maja

Even visually, Pelle comes between Dani and Christian 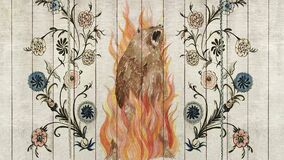 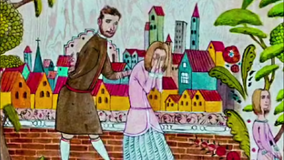 Christian in the opening mural 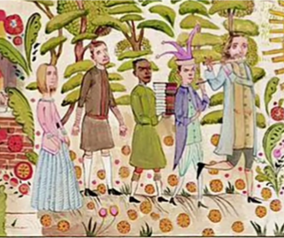 In the opening mural, Pelle is depicted as the Pied Piper, leading the Americans to their deaths

The tapestries showing what Maja did to Christian.

Christian coming home from the bar 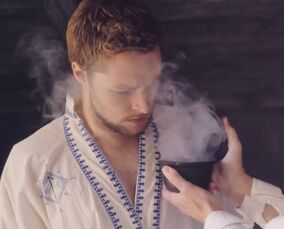 Christian with the group, meeting Ingemar. 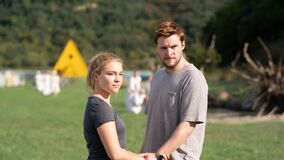 Christian attempts to surprise Dani for forgetting her birthday. 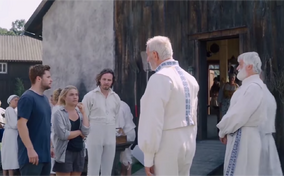 Retrieved from "https://villains.fandom.com/wiki/Christian_Hughes?oldid=4078790"
Community content is available under CC-BY-SA unless otherwise noted.