Cheating on his husband

She was voiced by Molly Shannon.

Christie is a housewife married to Chuck White, who lives across the street from the Smith family . She and her husband are seen as the the wealthier neighbors that Stan and Francine envy. They have also a daughter named Betsy.

She appeared for the first time in the episode "Not Particularly Desperate Housewives", where she is a member, and maybe leader of a social circle of elite women called the LadyBugs, a group of women who have tried to kill Francine for not having betrayed her husband, because this is a group of women who betray their husbands, but when Linda Memari kisses Francine, Christie and the other women decide to spare her life.

She also appeared in the episode "The Missing Kink", in the song "He's Got a Kink". 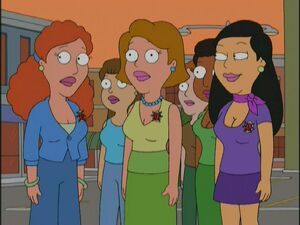 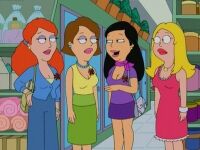 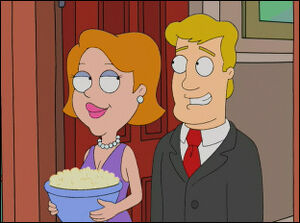 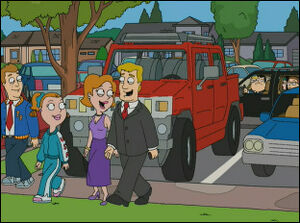 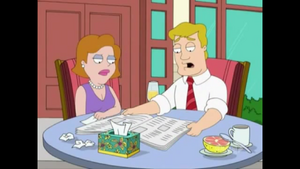 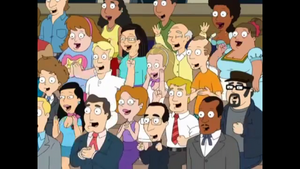 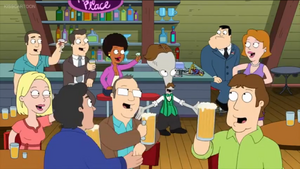 Retrieved from "https://villains.fandom.com/wiki/Christie_White?oldid=3774310"
Community content is available under CC-BY-SA unless otherwise noted.