Chronos is an antagonist appearing in DC Comics. The archenemy of The Atom, He is one of the founding members of the Injustice Gang and a powerful supervillain who uses time to inspire his crimes.

The first was David Clinton, a meticulous thief and a clockmaker who based his crimes on precise timing and used gimmick time themed weapons. This character did, in fact, create a time traveling machine which later became the basis of his successors' own equipment. He first appeared in The Atom #3 (November, 1962) and was created by Gardner Fox and Gil Kane.

The second incarnation of the character is Walker Gabriel, an actual time traveler and a reluctant hero. He first appeared in Chronos #1 (March, 1998) and was created by John Francis Moore and Paul Guinan.

The third incarnation of the character is Jia, a Chinese woman who had been in a relationship with Ryan Choi, Ray Palmer's replacement as the Atom. She partnered up with Clinton in a scheme to torment Ryan Choi and destroy his life. She first appeared in The All-New Atom #9 (May, 2007) and was created by Gail Simone. 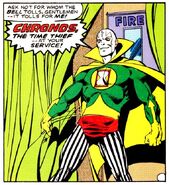 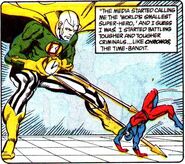 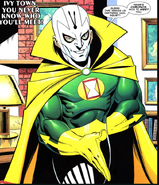 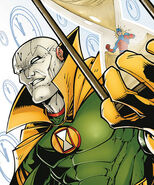 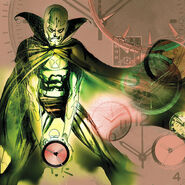 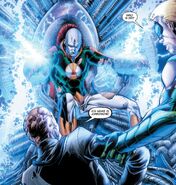