Conquer and enslave the multiverse.

Chthon is an immensely powerful supervillain from Marvel comics. He is a member of the elder-gods and a cosmic-tier villain comparable to both a god and a demon. Chthon is known as one of the most powerful dark magicians in all of Marvel. He is the creator of the Darkhold, a magic text so great, it is rumored to contain almost limitless dark magic within its twisted texts.

Yet Chthon, true to his nature, left behind his arcane scrolls on indestructible parchments on Earth as a means to obtain a link to the realm - these scrolls would eventually be gathered and become the infamous Darkhold.

Chthon can take any appearance he pleases but is usually depicted as a dark humanoid in a cloak, he can also manifest as a giant Lovecraftian demon or possess the bodies of any mortal host who gains sufficient link to the Darkhold or his own corruptive magics (such as "chaos magic") - some of his more notable hosts include the likes of Quicksilver and Scarlet Witch.

Chthon is a virtually omnipotent elder-god with powers comparable to both a god and a demon, he is the master of dark magic and chaos - capable of any feat he pleases but still restricted by certain things, these restrictions being the only things stopping him from completely taking over the multiverse, the sheer scale of his power is shown in the fact that he can never truly be destroyed and even banishing him has taken the efforts of beings such as Merlin, who are themselves considering among the strongest of magic-users.

Chthon is mentioned in the Marvel Cinematic Universe, and serves as the unseen overarching antagonist of the 2022 film, Doctor Strange in the Multiverse of Madness. 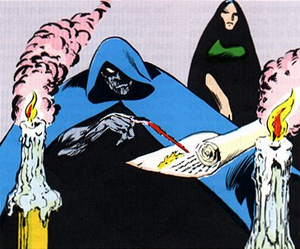 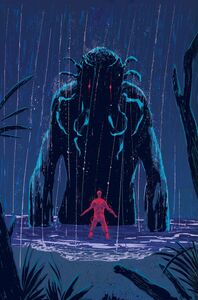 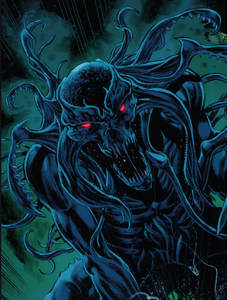 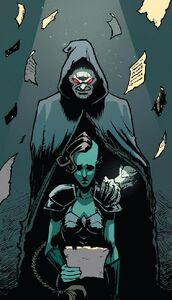 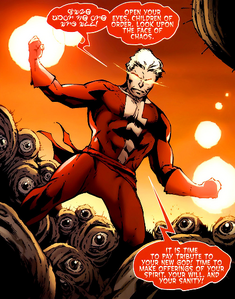