To convince Deeds to sell his shares (succeeded)


To sell Blake Media Enterprises and cause thousands of the company's employees to unjustly lose their jobs (failed).

He was portrayed by Peter Gallagher, who also played Donald W. Blackburn in House on Haunted Hill.

When Preston Blake of Blake Media dies from freezing, the only heir is found out to be his nephew, Longfellow Deeds, so Cedar and Cecil Anderson travel to New Hampshire to meet and bring Longfellow to New York City.

Cedar, who is the new head of Blake Media, plans for Longfellow to sell his shares in the company and then go back home with $40,000,000,000, and in the meantime for Longfellow to stay in New York City for a few days until the paperwork is complete.

Later on, he sets his plan in motion with the help of Mac McGrath and Marty to get Longfellow to go back home by exposing the truth about Babe to Longfellow before she does.

Longfellow is hurt and returns home, with Cedar now able to set in motion his real plan to sell off Preston's company and in the process laying off many employees.

Longfellow finds this out from Crazy Eyes, one of his friends, and goes back to New York City to confront Cedar at the shareholders meeting. There, Cedar has convinced all the shareholders to sell but is thwarted when Longfellow buys a single share and convinces all the shareholders not to sell and that it'll fire lots of people if they do sell. Cedar, who claims control of most of the shares, makes the move to ignore the shareholders and Longfellow and to sell the company, but is then stopped by Babe, who explains to everyone that Emilio is the rightful heir and son of Preston Blake (which makes him Longfellow's cousin), whereupon Emilio becomes the new head of Blake Media and fires Cedar. 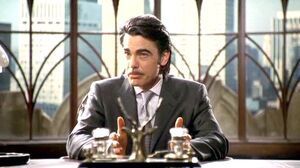 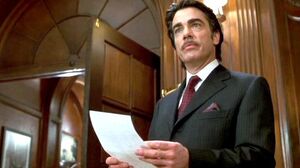