On & Off Supervillain
Chuck the Evil Sandwich Making Guy, or simply "Chuck", is an antagonist in the PBS Kids show WordGirl. He is a supervillain who commits sandwich-related crimes and uses sandwich themed weapons.

He was voiced by Fred Stoller.

Chuck is a shy and sympathetic yet short-tempered villain who lives in his mother's basement. He often spends his time making or eating sandwiches, which is his main gimmick. He also loves playing video games. However, he often tries to do evil things to show people that he can be just as evil as the other antagonists of the show. His main weapon is a ray gun which fires an array of sandwich condiments, particularly mustard and ketchup. These condiments often make it difficult for WordGirl to escape from, as they harden around her. Chuck's other main weapon is The Crusher, a humongous sandwich presser that he threatens to use on occasions, particularly on City Hall and Woodview Elementary.

Another weapon Chuck uses is a blaster that shoots out superfast drying peanut butter that can enclose a victim in a giant ball of said substance. It's ammunition consists of a large amount of peanuts. Chuck's most notable usage of said weapon is in the episode "Peanut Butter Battles", when he fires it at WordGirl, who becomes enveloped in a giant ball of peanut butter for the majority of the episode.

Chuck also has a hard time saying certain words and inadvertently forgets them. He even forgets the passwords for his machines, particularly The Crusher. He often commits minor crimes, most of which are sandwich-related. He does try to steal money or jewelry, but is always pestered by people about his name and why the crime he is committing has nothing to with sandwiches or sandwich-related things. Also, because of his adoration of sandwiches, he gets furious at people who dislike them.

Also, unlike the other antagonists, he seems to be mostly nice and gentle towards WordGirl, and even helps her out at times. However, in the episode "A World Without WordGirl", it has been shown that without her constantly foiling him, he would be ruling the city.

Chuck's most distinguished feature compared to the other antagonists is that he has a sandwich for a head, and it appears to be an inherited trait since his brother Brent also has this feature. However, it has not been shown if his mother also shares this trait, since she is never seen. 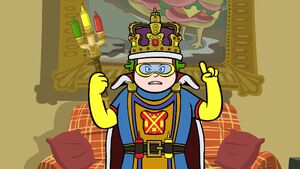 Chuck in an altered reality where he somehow becomes ruler of the city, with all the other villains working for him. 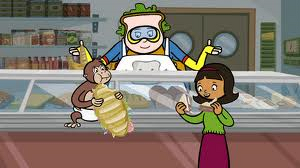 Chuck as a "lunch fellow". 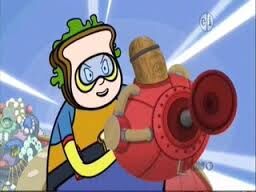 Chuck with his Peanut Butter Blaster 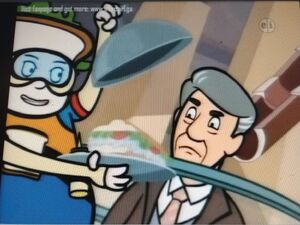 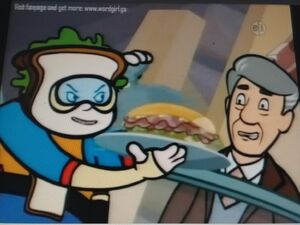 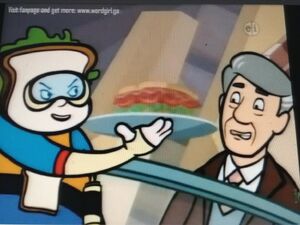 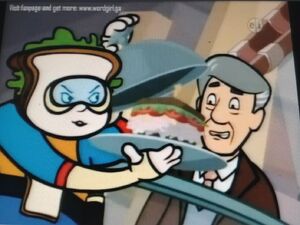 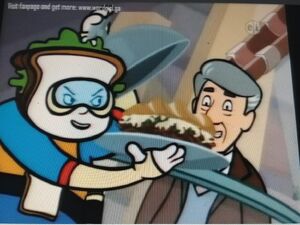 Retrieved from "https://villains.fandom.com/wiki/Chuck_the_Evil_Sandwich_Making_Guy?oldid=3868397"
Community content is available under CC-BY-SA unless otherwise noted.