Get away with her murders (succeeded until his death).

Cindy Landon is a minor posthumous antagonist in season one of Dexter as well as Dexter Early Cuts.

He was portrayed by Julie Dolan in the tv show and an unknown actress in the Early Cuts.

After the Ice Truck Killer had somehow retrieved Valerie Castillo from the ocean after Dexter Morgan murdered her, Dexter realizes he has to now throws away any and all evidence that could link him to the crime. As he's about to throw away his old blood slides that he collected from all his previous victims however, he has several flashbacks of the lasts words spoken to him by said victims, one of them being Cindy Landon.

Little is known at all about Cindy's life other than her murders. One thing that's certain is that worked as a magicians assistant and while she appeared to be a kind and gentle woman, she was actually a cold hearted and greedy murderer who preyed on old men, killing them in ways anyone could mistake as accidents. Her first husband, Norman Gork, was 77 years old when she pushed him down a flight of stairs into his basement. Gilbert Conner, ten years older than the previous "lover", overdosed on medication that Cindy had been giving him. Her final elderly husband, Jerry Rames, was killed in an unknown manner by Cindy due to the report mentioning how he died was covered by other papers.

Once Dexter Morgan found out about her former husbands "accidental deaths", he knew right away that she had been lying. Dexter then bought a ticket to one of her magic shows and after volunteering for a magic trick and meeting her in her car afterwards for a date, he sedated her and prepared a kill room for her on the very same stage where she performs, inside the box for the "woman-cut-in-half" trick. Cindy tried explaining that her husbands were old and were going to die soon anyways, even going as low as offering herself to Dexter, but Dexter ignored her begging and cut her in half with a real chainsaw. 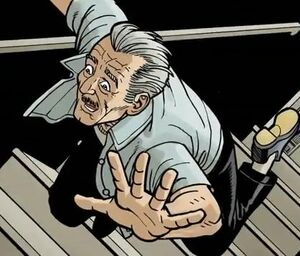 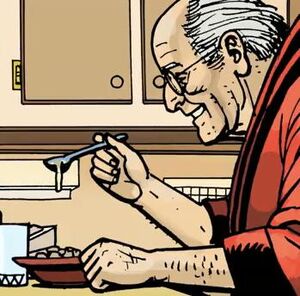 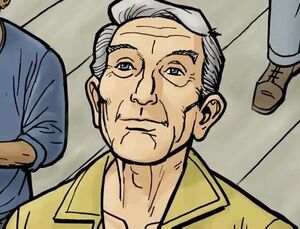 Jerry Rames
Add a photo to this gallery

Retrieved from "https://villains.fandom.com/wiki/Cindy_Landon?oldid=4088117"
Community content is available under CC-BY-SA unless otherwise noted.