To one day marry Chane (succeeded).

Claire Stanfield, formerly known as the Rail Tracer, is the legendary freelance assassin Vino, who is hailed as the best in the world. He later purchases a new name from a retired assassin, Felix Walken.

He is voiced by Masakazu Morita in the Japanese version of the anime, and Jerry Jewell in the English version.

Claire Stanfield is a very handsome man with a lean build. Although, despite his size, he possesses amazing strength, to the point where it's considered inhuman. He has reddish brown hair and red eyes. When he was a conductor for the Flying Pussyfoot, he wore a conductor's uniform. But after the events that unfolded in 1931, he has since stopped wearing the uniform. He is usually seen wearing dark colored clothing even when he isn't out doing assassination jobs.

At first when he was introduced the Young Conductor seemed like a very handsome, enthusiastic, and happy-go-lucky kind of person, with a penchant for telling stories about trains. He was very close to his mentor Tony, and loved trains very much.

However, when Claire adopted the identity of the Rail Tracer he showed that he is a psychotic, yet philosophical, maniac, something of a very deranged warrior poet; Claire's psychology is twisted and mental even by Baccano's standards, complete with the solipsist ideology that one's own mind is the only thing sure to exist and in the anime, he says that he cannot die because the world is only a dream and that all people might just exist in his imagination. Therefore, if he were to die there he would just wake up. He truly believes that with all of his heart and thus has no interest in immortality because "It can do nothing for him".

While at first his killings can be seen as having no connection to reality, he operates outside the law under his own unique and somewhat twisted sense of justice and what is right and wrong in the world. However, that is not to say that he is inhumane. For despite his brutally maiming his targets and his life as an assassin, Claire is truly kind, caring, and protective of innocent people, going out of his way to protect them, adopting the Rail Tracer persona on the Flying Pussyfoot, and buying Felix Walken's name to give him a cover. Claire is also exceptionally merciful and compassionate, as these are qualities only the strong are allowed to have.

Claire's father and the father of the Gandor Brothers were on very good terms and as such Claire spent much of his early childhood with his one-day adopted family. Presumably around this time is when he also befriended Firo Prochnazeo. At some point Claire was orphaned and taken in by his family's long time friends the Gandors. Keith, Luck and Berga retain a close relationship with him after this and consider him to be their fourth brother. However for reasons yet to be disclosed Claire ran away with the circus. It was around this time that Huey Laforet and Chane Laforet ironically sought him out but settled on conscripting Tack Jefferson instead.

Claire's time in the circus helped him to hone his strength and agility to levels beyond anything ever seen before. Eventually Claire left the circus and began his life as an assassin where he retained his positive relationship with his adoptive brothers and the Martillo Family.

In Manhattan, Chane, who has been welcomed to stay with Jacuzzi and Nice in Eve's home, and Claire begin their search for one another. While Claire hopes to become properly engaged, Chane wishes to kill him. Claire seeks advice on how to woo Chane and decides to send her a dress. When Chane receives it, Nice convinces her to wear it. After finding that Claire has included slits for her knives in the dress, Chane wavers in her resolve to kill him. Meanwhile, Graham plans to claim the Jacuzzi's bounty and attempts to kidnap Eve. However, he mistakes Chane for Eve and abducts her instead. When Jacuzzi learns of this he goes to rescue her, only to find Chane and Graham fighting one another. Shortly after, Claire, who witnessed Chane's abduction, arrives to fight Graham. However, Claire ends up making a fool out of Graham. Once Graham learns Claire is the one who tricked Ladd into jumping off the train, he decides to leave, as Boss Ladd is the one who will kill him. Claire proposes to Chane once again, telling her they can start off as friends, and asks her if she would eventually fall in love with him. Chane agrees to this arrangement.

By the twenty-first century Claire has married Chane and now they have two great-grandchildren children, both of which are child actors, their names are Claudia and Charon Walken. Claudia shares the same philosophy as her great-grandfather, like him she is a solipsist, believing from the moment she was born the the world was hers, and if she wants something to happen she will find a way to make it so. Charon is more like his great-grandmother as he has a very silent personality and rarely speaks, he also closely resembles Huey Laforet when he was a child. Charon also possesses amazing reflexes like his great-grandfather. Claire has also left a psychological scar on the not-so-young Czeslaw Meyer who avoids his relations because of this phobia.

Even pushing Ninty Claire retains his daredevil and thrill-seeker ways and during 2002 he is scuba diving for treasure.

The name "Vino" is well feared in the criminal underworld as seen when Gustavo became terrified at the prospect of having to face him, hiring freelance assassins left and right just to kill him. Defeating him is the dream of many powerful and proclaimed assassins. He is said to be the equal to Ronnie Schiatto, the demon who granted the alchemists immortality in the 1700's. Later on, he manages to severely cripple the "Vampire" Class homonculus Christopher Shouldered. Even the Immortal Czeslaw Meyer has become terrified of him, his fear of him lasts well into the 2002 storyline, proving that Claire has the ability to bring even the immortals down a few scales on their power-meter. In fact Claire has even walked away unscathed from battles with supernatural beings such as Adele and immortals like Berga. Throughout his battle with Christopher, he held back severely just so he could fight longer with Chane. Once she left, he took him down with one attack that has left him in shock ever since. 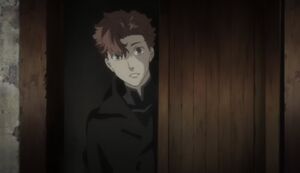 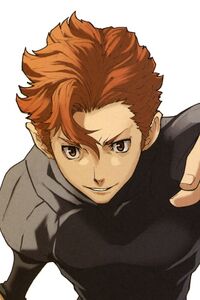 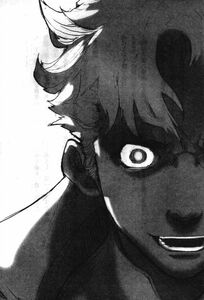 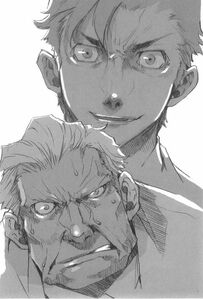 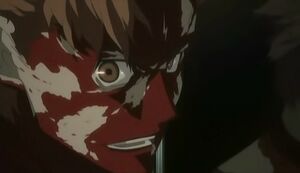 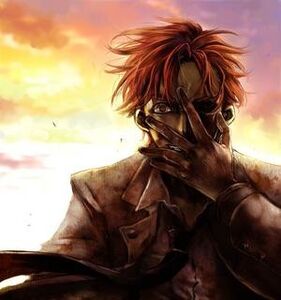 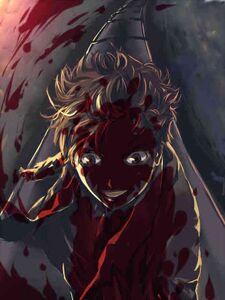 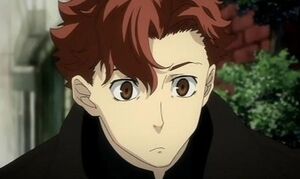 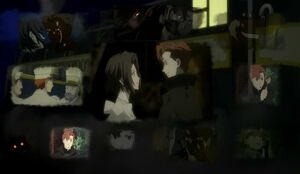 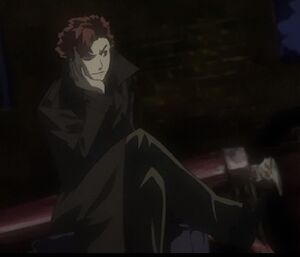 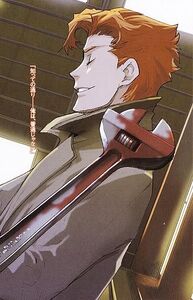 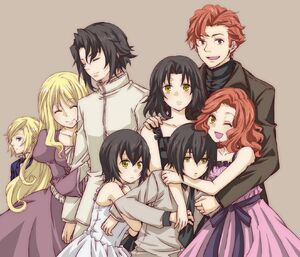 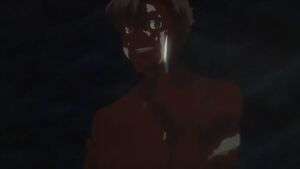 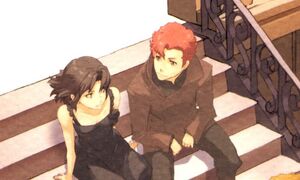 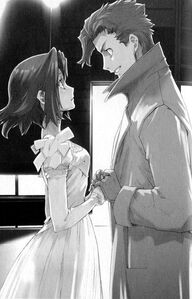 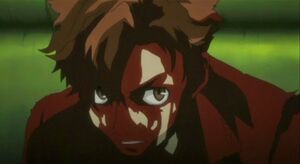 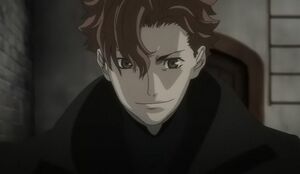 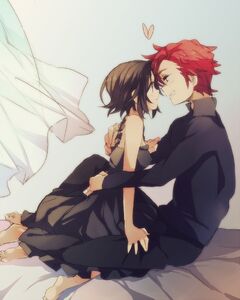