Clan Techie is a computer hacker working for Ma-Ma, he controls a wide surveillance network from a small control room on the 200th floor of the peachtrees Mega-Block. His eyes were replaced by bionic ones after Ma-Ma tortured him by gouging his original eyeballs out with her thumbs. He is not working for Ma-Ma voluntarily, as she regularly intimidates/bullies him into doing what she wants.

He is not genuinely loyal to Ma-Ma and is motivated by a deep fear of her more than anything, as he attempts to give Judge Dredd and Rookie Judge Anderson the code to her quarters as soon as he is found. He also shows shock at Ma-Ma's atrocities when witnessing them on his computer network as she mows down innocents with miniguns in an attempt to kill Dredd, when Anderson reads his mind for the door code to Ma-Ma's quarters she discovered that he was remorseful for the part he plays in the clans work as well as witnessing the tortures Ma-Ma inflicted on him. Due to him being more of a victim than a willing criminal, she lets him go free. 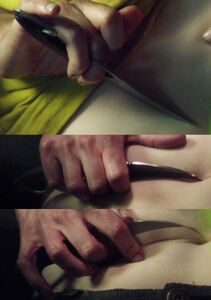 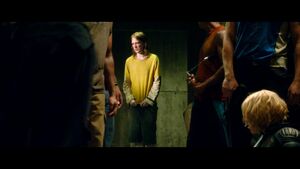 Retrieved from "https://villains.fandom.com/wiki/Clan_Techie?oldid=3773163"
Community content is available under CC-BY-SA unless otherwise noted.