Low-Ranking Member of the Sky Pirates

To become a Sky Pirate. (succeeded)

Serpent Pirate
Clancee is a nervous Serpentine with a peg leg, and the head ship's mate of the Misfortune's Keep, and the lowest-ranking member of Nadakhan's crew known as the Sky Pirates. He serves as one of the two secondary antagonists (alongside Flintlocke) of Season 6: Skybound of LEGO Ninjago: Masters of Spinjitzu, and as a minor antagonist in the canon graphic novel trilogy The Dark Island Trilogy.

When Clancee was a young snake, he had a love for piracy. He went to school at a young age, and he was real-mischievous. Later, when he grew up, he joined the crew of the Misfortune's Keep, a pirate ship captained by Nadakhan the Djinn. When Clouse escaped the Cursed Realm and freed Nadakhan, Clancee and the other members of Nadakhan's crew where freed from the Sixteen Realms they were all marooned across by Nadakhan. When Nadakhan return back to his home realm, saw that it was collapsing back to Ninjago and intends to take over Ninjago and get revenge on the Ninja. When the Sky Pirates captures Nya, Clancee inaugurates Nadakhan. But after that, Clancee betrays Nadakhan, and he banishes him. When Jay wishes that the Teapot of Tyrahn was never found, Nadakhan carried out his wish. And when it happened, Clouse was unable to release Nadakhan, and the Sky Pirates were trapped again. 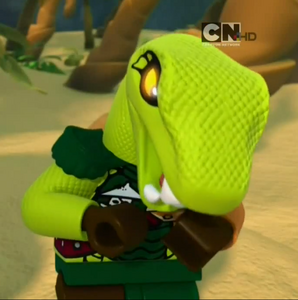 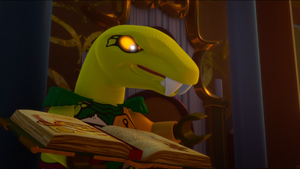 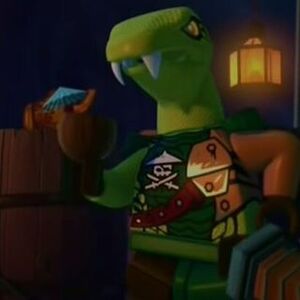 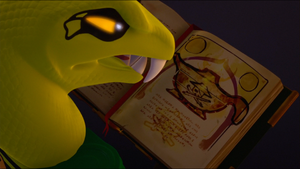 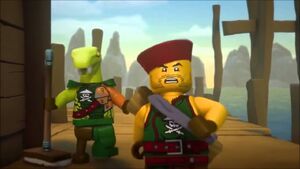 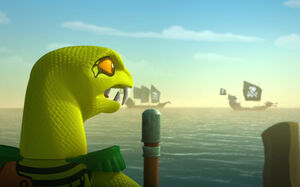 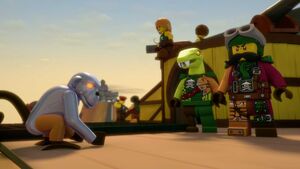 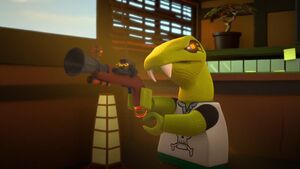 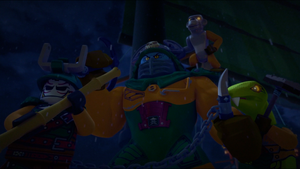 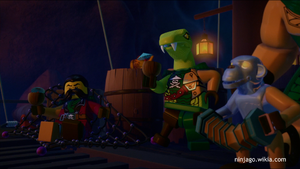 Retrieved from "https://villains.fandom.com/wiki/Clancee?oldid=4387601"
Community content is available under CC-BY-SA unless otherwise noted.