Test people by setting fires, in order to quell her fear and compulsion.

Clara Hayes is a major antagonist in the crime-drama TV series Criminal Minds. She is a delusional and mentally ill serial arsonist and the main antagonist of the Season 1 episode "Compulsion."

She is portrayed by Jennifer Hall.

Clara Hayes was born in Tempe, Arizona. At some point in her childhood, her house burnt down, but she made it out alive. When her mother was interviewed about the fire, she claimed that Clara had been tested by God. This, combined with the trauma of nearly dying in a fire, caused Clara to develop a severe case of obsessive-compulsive disorder, often doing things three times or organizing items in threes.

As an adult, Clara attended Bradshaw College, where she began to pick out patterns of threes. Along with the stress of nearly flunking out of college, Clara began to set fires after learning how to, from the internet. She believed that if she didn't set the fires that something catastrophic would happen. Clara's third fire killed her roommate and attracted the attention of the FBI's Behavioral Analysis Unit.

Through investigation and two more fires, the BAU was able to deduce the arsonist's identity. In a final confrontation, where Clara tried to burn three of her classmates in an elevator, BAU Agent Aaron Hotchner stalled her by trying to reason with her, and incapacitated her by shooting her in the leg, saving the three students. Afterwards, Clara was likely institutionalized. 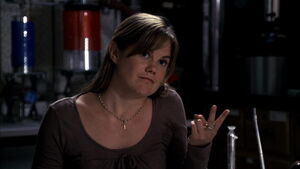