The Sisters
The Twins
The Girls

Separate their bodies.
Kill all who oppose them.

Clara and Mia Buhalmet are major antagonists from the 2015 point-and-click puzzle horror video game Fran Bow. They are a pair of twin siblings that were surgically sewn together by Dr. Oswald Harrison, and continue to exist in undeath as evil spirits.

Clara and Mia were never loved by their parents, and were likely abandoned at the Oswald Asylum when they were very young. Because of the negligence they received, they hated one another and were always trying to outdo the other and "steal their charm". They were eventually visited by the benevolent protector Itward, who tried to soothe the tensions between them and help them get along, but they refused to listen to him. This came to a head when Dr. Oswald Harrison sewed the twins together to see what would happen, killing them. He dumped their now conjoined body in a well where mothers discarded unwanted babies and left them there.

Clara and Mia continued on, as vengeful and tortured spirits still conjoined within the Fifth Reality. For whatever reason, they blamed Itward for their state, and when he appeared one last time to say his sorrowful goodbyes, they tried to kill him. However, he vanished, leaving the two to their fate in a twisted world of their own making.

However, Clara and Mia were still determined to separate themselves and take revenge on Itward. They found a spell that they believed would summon Itward to them, and forced a girl they kidnapped to perform it. It failed, and the girl died horrifically and was left a tortured spirit.

Years later, Clara and Mia kidnapped the cat of protagonist Fran Bow Dagenhart, Mr. Midnight, and kept him as their own in a cage. When Fran came to save him, they kidnapped her and forced her to do the ritual for them again. They leave to gather morbid items for the ritual, including the head of a virgin and animal body parts, and Fran discovers another spell that will purge evil souls. When the twins return with the supplies, Fran instead makes the other potion and performs the ritual. Just as the twins realize they have been tricked, their evil souls are purged and they are permanently destroyed.

Throughout the rest of the game, Fran is haunted by what she did, including visions of the twins in her hallucinations. When on Itward's ship, she finds a shadow puppet show machine that tells the twins' tragic story.

Both Clara and Mia are bitter and wrathful, and refuse to take responsibility for their evil acts and instead blame others or each other. They despise not only each other, but their parents for abandoning them, Dr. Harrison for killing them, and Itward for not doing enough to save them, even though he tried to make things right and warned them of their fates. When they meet Fran, Clara and Mia seemingly come off as polite and well-mannered, if not snobbish, until their true natures come out and they show how demanding, cruel, and twisted they are. However, it is understandable why they hate the world and seek vengeance on it, as they were tortured and hurt their entire lives. 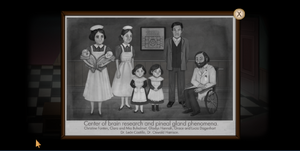 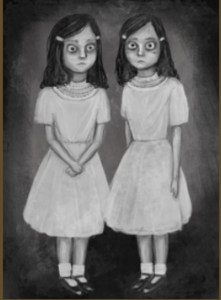 Clara and Mia before being conjoined. 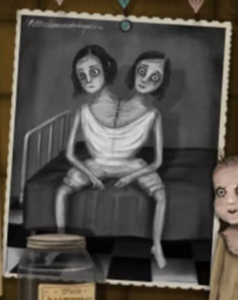 Clara and Mia after being conjoined. 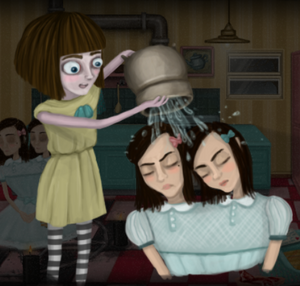 Clara and Mia participating in the ritual.
Add a photo to this gallery

Retrieved from "https://villains.fandom.com/wiki/Clara_and_Mia_Buhalmet?oldid=3411548"
Community content is available under CC-BY-SA unless otherwise noted.