The Claudandus Sect is the name of a suicidal cult of cats that belongs to their namesake prophet Claudandus whom they also worshipped as both a messiah and a god. Developed by Joker, it preaches about the sacrifice of Claudandus, revered as a messiah ascended into heaven, and the cerimonial include practices of self-inflicted pain due to electrocution. The sect was run by the feline priest, Joker before he was killed. They are the major antagonists in the 1994 German animated, film noir, mystery film Felidae and the 1989 crime fiction novel of the same name of which the movie was based on by the German-Turkish writer Akif Pirinçci.

The cult has been designed by Joker and Claudandus to create a diversion to keep the minds of the other cats busy and not let deaths and murders caused by the harsh breeding program for the Felidae Breed to be on public knowledge.

The other main and more important intent was to prepare the feline population before the revelation of the Felidae Breed that, according to Claudandus' diabolical plans, had to be the ones to overthrow humanity.

With the death (an arrangement of his own murder) of Joker, the cult suffered the sudden loss of their only priest. Joker's death never became public knowledge and, at the end of the Felidae novel, the cats believed Joker has escaped, to spread his cult in other places.

With the death of Joker and Claudandus, the Felidae breed was quickly adapted into a normal life and the cult of Claudandus was soon abandoned.

Felidae Breed is the name of the breed of cats created with an intensive program of selective matings realized by Claudandus. They share a similar sand-colored pelt: under the sun's rays they shine brilliantly like gold. Also their eyes are gold; their features resemble the ones from ancient Egyptian cat deities. Their bodies are slender but physically strong and their insticts are far from the tamed ones of the domestic cats, turning them into ferocious and proud felines.

Claudandus created this special breed after years and years of selection, killing cats that could have polluted the pedigree with 'undesirable features' in the process. Many of them were raised and instructed by the same Claudandus to be prepared to destroy the human race: the ultimate destiny would have been spreading and propagating themselves in the world to destroy humans.

However, Claudandus' effort wasn't fully effective and many Felidae cats were disinterested in preserving their racial purity and fulfilling his plans: Felidae she-cats often wandered during their heats in the gardens, not caring whether unselected toms mated with them and Felidae tomcats mated common domestic cats or not. While Claudandus murdered all the males who attempted to mate with the Felidae she-cats, he also pitilessly murdered the domestic females who were pregnant with the Felidae tomcats. It is unknown what exactly he did with the she-cats of the Felidae who were pregnant with half-breeds, though it is unlikely that he executed them like the domestic females for unauthorized mating, given to how valuable they were for his plan. Supposedly, it would make sense that he killed the offspring of the she-cats after they were born.

After the death of Claudandus, the Felidae cats simply merged with normal cats, abandoning their purported mission and mating with common cats (causing the dispersion among the next generations of the genetic traits). 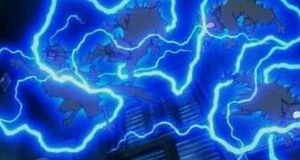 Electrocution is one of the many well-known dangerous and fatal rituals of the Claudandus Sect in which its cult members ceremonially performed in order to obtain martyrdom and spiritual perfection. 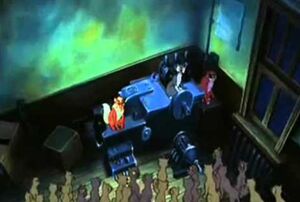 Francis and Bluebeard came upon and attended an "emergency meeting" of all the members of the Claudandus Sect held by Claudandus.
Add a photo to this gallery

Retrieved from "https://villains.fandom.com/wiki/Claudandus_Sect?oldid=3458942"
Community content is available under CC-BY-SA unless otherwise noted.