Murder those who betrayed him (overall).
Destroy the Colombian Cartel's drug operations with the help from 8-Ball.
Assassinate Salvatore Leone on Asuka Kasen's orders after getting double-crossed by the latter.
Help Ray Machowski to escape from Liberty City to Miami to avoid imprisonment after being identified as a corrupt official.
Murder Yakuza co-leader Kenji Kasen on Donald Love's orders while being disguised as a Colombian Cartel gang member to provoke a gang war.
Get revenge on Catalina (all succeeded).
Save Maria Latore while being held hostage by Catalina's henchmen (partially succeeded).
Stop the SPANK distribution and destroy the Cartel (partially succeeded).

Claude was younger. He had brown hair and brown eyes and wore a dark gray vest and green trousers.

He wore a vest which was in plain black.

If the player kills Playboy X, they can find Claude's clothes in his safe house for Niko Bellic to wear. This had previously led to some fans to speculate Claude's fate by the events of the game or if he is still alive. However, Rockstar has stated that the GTA HD universe is entirely separated from the 3D universe and unrelated to it.

In 1992, Claude was the owner of a run-down garage in Doherty, San Fierro, and a competitor in various illegal races. At some point, he encountered a small-time robber named Catalina and started a relationship with her after her "break-up" with Carl Johnson. Sometime after meeting Catalina, Claude entered a race trough the forests of Red and Flint County where he lost to Catalina's ex-boyfriend CJ. After the loss, Catalina and Claude left San Andreas and embarked on a cross-country crime spree.

In the years in-between Grand Theft Auto: San Andreas and Grand Theft Auto III, Claude and Catalina became affiliated with a Colombian drug cartel and did some errands for them.

In 2001, Claude and Catalina arrived in Liberty City and took part in a bank robbery on the outskirts of Liberty City. While rushing through an alley, Catalina unexpectedly shot their unnamed accomplice, as well as Claude, leaving him for dead. Claude ended up in police custody but broke free when gang members assaulted the police van he was transported in. He encountered an injured fellow convict named 8-Ball who recommended him to Salvatore Leone, Liberty City's most prominent mob boss.

Claude did some odd-jobs for Leone until his wife, Maria Latore developed a fixation on him. Angered by the perceived affair, Leone organized an ambush on Claude who escaped to Staunton Island with Maria and her friend, Yakuza leader Asuka Kasen. During his time on Staunton Island Claude also started doing errands for a cannibalistic businessman named Donald Love. To get closer to Catalina, Claude and Love orchestrated the death of Asuka's brother Kenji and pushed the blame onto Catalina's drug cartel.

The war between the Yakuza and the cartel intensifies until Claude's actions attract the attention of Catalina, who has Asuka and Miquel murdered and abducts Maria. Claude finally confronts Catalina and kills her during a shootout. It is unknown if he killed Maria Latore while the credits roll.

Not much can be said about Claude's true personality, as he never speaks (curiously, very few characters acknowledge the fact Claude never speaks; Maria Latore brought it up during a radio interview, stating he doesn't talk much, and CJ referred to him as a "mute asshole").

However, it is clear that he is a cold-blooded, remorseless, and quite a brutal psychopath who is only for himself, and is not above backstabbing and betraying people to get closer to those who left him for dead. This is shown when he disguised himself as a member of the Cartel (under Donald Love's direction, though) and murdered one of the leaders of the Yakuza, while working for them in the meantime, thus provoking a war between the two gangs.

He almost always remains emotionless and never speaks. The only moments he displayed genuine emotions are when Kenji shouted at him (thus adding a bit of comic relief in an otherwise serious story) or when he is visibly surprised by Catalina's betrayal during the Introduction.

All of these crimes are non-canonic and only up to the player choice:

Also, the player can do rampages, during which the player has to kill people or destroy a certain number of vehicles within a limited time. 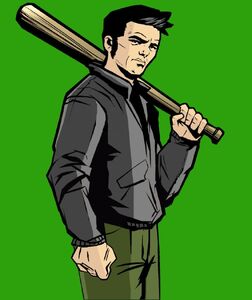 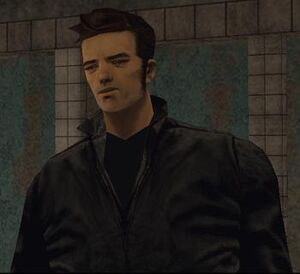 As he appears in Grand Theft Auto III. 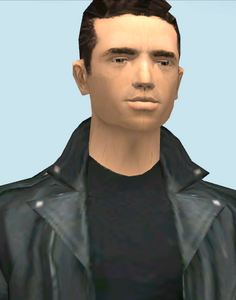 As he appears in Grand Theft Auto: San Andreas. 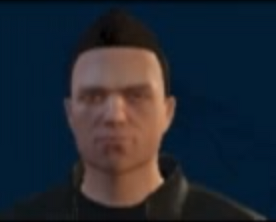 A parent model of Claude in Grand Theft Auto V. 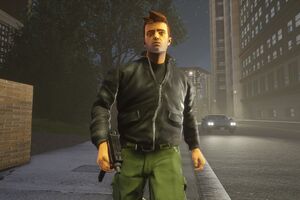 Claude in The Definitive Edition 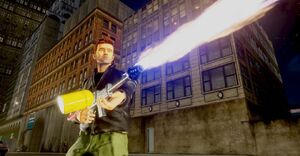