Claudette Vance is the oldest daughter of the Vance family and a favorite for victory in the Queen's Blade Tournament. However, because she is an illegitimate child, she is not in line for the throne. Instead she is expected to protect Leina and is forced to struggle for her father's affection.

Claudette has a detailed metal headpiece and a black wrap that goes from her neck to her collarbone. She wears a metal bikini top and small black panties, and on her right arm she has a black and gold bracer and a golden armband on her upper arm. On her left arm the black wrap continues up to her fingers, and she has a metal detailed full-length arm-guard. On her lower body she has a large, black flowing cloth wrap on her hips, and black thigh-high boots.

Claudette's headpiece is now much bigger, covers more of her hair and is now white. She now has a white body suit, with a white open breastplate and corset-like piece underneath, and a long flowing cape.

Since she was a bastard child, Claudette has always been struggling to become something to anyone, although people already respect her and she is renown and famous. She keeps to herself, and is very serious and harsh to others. She hardly ever shows any emotion, instead keeping any feelings from showing, as it appears that she does not know how or want to deal with them.

She's Count Vance's eldest daughter and his most loyal general. Not believing that Elina could fulfill the order from the Count, she took the responsibility of capturing Leina.

Half-sister of Leina and Elina, because of her mother not being the legal wife, Claudette is the third in the family's succession order. Her plebeian mother died young and instead of raising her like a daughter, her father raised her as a servant.

Unlike her sisters, she is taciturn, unsociable, and uncommunicative. She is normally stationed around the walls of the frontiers of the Queen's controlled territory, executing the hardest tasks at the front line.

She is known as a noblewoman from the Continent with an unusual integrity and she's respected for her righteousness by her soldiers and the commoners. Along with her great skills at commanding, she is also the number one contender in the Continent due to her sword skills. Because of her using a magic sword of lightning, she got the nickname of "Lord of Thundercloud".

Aware of her status at home, while she behaves as an older sister with Leina and Elina, she knows that someday she'll serve under them. However, she has mixed feelings regarding the current situation, and a hint of hatred for Leina, as she can't understand why she left home, her being the direct successor. Elina is quite dear to her, but the unsociable older sister can't express her feelings properly.

The Queen that rules the Continent. She was defeated at the semifinals of Queen’s Blade, the tournament to decide the Queen, but became the Queen because the champion refused the throne. Once known as the “Lord of ThunderCloud”, she was respected as an honest, just, and upright person, but after she became the Queen, she proclaimed herself as chosen by the Gods and abolished Queen’s Blade.

She encouraged the research of the “Wizard Stones” technology and the civilization progressed very quickly with the effort. She also invalidated the traditional aristocrat system to give a chance of prosperity to all the people regardless of their birth.

However, by becoming the Queen, Claudette’s strictness increased and she turned into a ruthless ruler. Those who break the law are punished without mercy and the forces of the opposition are completely obliterated by a powerful military force. There is also a rumor that she has dealings with the wicked "Marshland Witch" who plans to take over the Continent.

Claudette wields the great sword Thunderclap, and is able to manifest lightning to further destroy her foes and make lightning rain down on her enemies. She is already seen as a strong and opposing character, defeating the likes of Risty and many others with ease. Now she can also use lightning through her hand without the use of her sword. 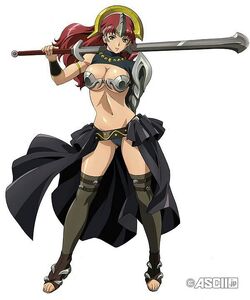 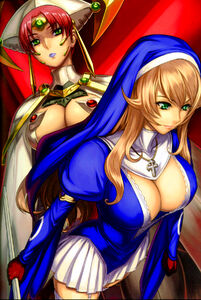 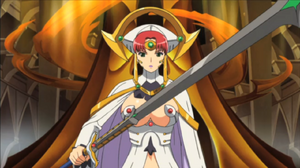 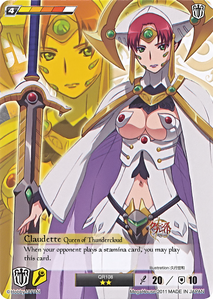 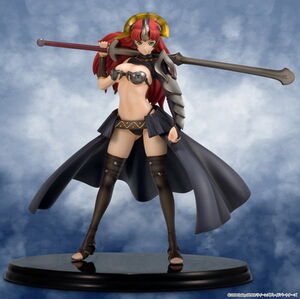 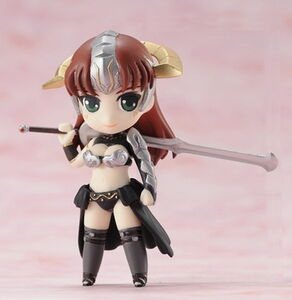 Add a photo to this gallery
Retrieved from "https://villains.fandom.com/wiki/Claudette_Vance?oldid=3534783"
Community content is available under CC-BY-SA unless otherwise noted.