Clawz is a vicious Nightmaren and a villain in NiGHTS: into Dreams.

Clawz is a black shadow cat with reddish-orange and dark blue strips and long claws. He also has two horn-like limbs on his back appearing to be his wings and a yellow star-like symbol on his forehead.

He is the boss of the Frozen Bell dream. His arena is a dark cave-like building with carousel-like machine with train tracks. To defeat this Nightmaren, you must destroy all the mice it lights up until there are no more for it to jump on then attack it to defeat it instantly. 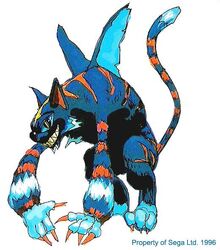 A concept art of Claws. 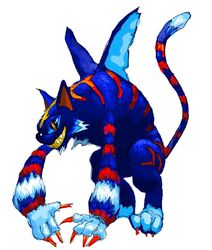 Clawz
Add a photo to this gallery

Retrieved from "https://villains.fandom.com/wiki/Clawz?oldid=3524389"
Community content is available under CC-BY-SA unless otherwise noted.