Your Majesty
My Queen
Your Highness
Queen of the Old Egypt

Ruler of the Ptolemaic Kingdom of Egypt

Trying to sleep in her castle.
Fighting Houkai beasts and protecting Cairo.

Protect the ancient Kingdom of Egypt from the Houkai and Roman Empire at all costs.

Defend Egypt from the Roman Army of the Late Republic.
Kill Julius Caesar.

Cleopátra VII Philopator, also famously known as the legendary Cleópatra is an ancient figure of Honkai Impact 3rd and a stigmata in the game that grants the player's Vakyrie her powers of the past.

Cleopátra ruled the ancient Egypt for three decades during the civil war between Roman Empire and the Egypt Empire, when mankind learned for the first time that the Houkai monsters could be used as a weapon. She became the last ruler of Macedonian founded by Ptolemy thousands years ago.

Cleopátra was a well-educated, seductive, brave and intelligent ruler who could speak various languages and served as the dominant ruler in all three of her co-regencies. Her romantic liaisons and military alliances (and romantic) with the Roman leaders Julius Caesar and Mark Antony, as well as her supposed exotic beauty and powers of seduction, earned her an enduring place in history and popular myth as one of the strongest queens of all time.

Cleopatra VII was the last active ruler of the Ptolemaic Kingdom of Egypt in 60 B.C. before the downfall of the Egypt Kingdom. As a member of the Ptolemaic dynasty, she was a descendant of its founder Ptolemy I Soter, a Macedonian Greek general and companion of Alexander the Great. After the death of Cleopatra during the Houkai's Civil War, Egypt became a province of the Roman Empire, marking the end of the Hellenistic period that had lasted since the reign of Alexander (336–323 BC).

During the Liberators' civil war, under the orders of Julius Caesar, the current dictator of Roman Empire then, dispatched Mark Anthony to the borders of Egypt to strike deep in the capital of Cairo using the HW of the Houkai and infected all animals of the region, transforming them in Houkai beasts and sending them to destroy Cairo. For months, Cairo resisted with the assistance of Cleopatra who was a well-trained Valkyrie and fought back hordes of Houkai creatures. When the mastermind behind the attacks, Mark Anthony, tried to leave the town disguised as a Roman vender, she was captured and brought to Cleopatra's place. She was interrogated by Cleopatra but managed to fool her for a while until Cleopatra finally discovered her true identity as Mark Anthony, the woman (a gender-bender version of the real-life Mark Anthony) who was destined to take charge of one-third of Rome in ten years later, and revealed her scheme of weaking Egypt's empire to make Cleopatra surrender to Roman Empire once they invade their regions.

As if she was going to execute her, Cleopatra tried to seduce Mark Anthony into becoming her lover to use her to assassinate Julius Caesar, which according to real-life history, was a successful plan. Mark Anthony carried out the execution of Arsinoe at her request, and became increasingly reliant on Cleopatra for both funding and military aid during her invasions of the Parthian Empire and Kingdom of Armenia. On the Ides of March, several Senators had conspired to assassinate Caesar, all under the influence of Cleopatra whom stabbed the dictator countless times, killing Julius Caesar for good. Many years later, the Octavian's forces invaded Egypt and defeated Mark Antony's army in battle, leading to her suicide.

Stories about Cleopatra's death states she committed suicide after the defeat of Egypt's state but other stories tells she was bitten by a Houkai asp. 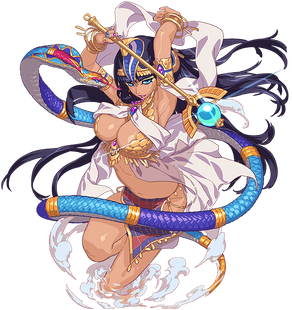 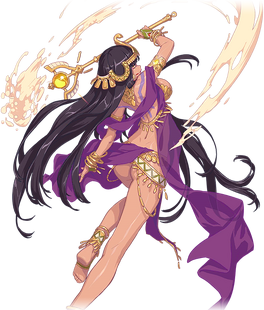 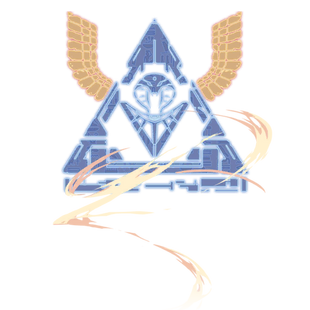