Kill criminals who he happens to catch in the act.

Clifford Walsh is a villainous protagonist in the crime-drama TV series Criminal Minds. He is a vigilante spree-turned serial killer who appears as the main antagonist of the Season 9 episode "The Road Home."

He is portrayed by Jon Gries.

Clifford Walsh lived in Cleveland, Ohio, with his wife and son. Once a loving family man and all-around good person, tragedy would strike and leave Walsh destroyed. While on a hiking trip, Clifford's son, Teddy planned to rob their house with a classmate named Howard Clark. That night, while Walsh was at work, Clark showed up to rob the house, but he was high on meth and tried to rape the mother. Teddy tried to fight Clark, but in the resulting struggle, Clark killed both Teddy and his mom. Clark fled but was arrested the next day and put on trial. At the trial, Clark's mother testified on behalf of her son and the DA, Morton Heinz, was bribed to hold back evidence that would've put Clark away for good. As a result, Clark is given only 10 years in jail.

Distraught at the loss of his wife, Walsh started drinking, quit his job, sold his home, moved to Florida and began living on the streets. He counted the days till Clark's release in his journal, but three months before Clark was to be released, he was killed in a prison fight. With his shot at revenge lost, Walsh returned to Cleveland to kill himself.

While sitting in his car near a park and planning to end his life, Walsh sees three gangbangers harassing two elderly men playing chess. He shoots two of the gangbangers, follows the one that got away to a gas station, and shoots him as well. At a bus stop a man assaults an old woman and snatches her purse. Walsh witnesses this and follows the purse-snatcher, gunning him down. The FBI's Behavioral Analysis Unit hear about the killings and soon arrive at the crime scene. Meanwhile, Walsh, having found a reason to live, decides to buy more ammunition for his pistol.

The BAU interview a couple witnesses who describe the killer and their vehicle. However, the description of the man is too broad, and some of the witnesses either didn't see anything or aren't talking. Walsh is driving through a neighborhood, when he sees a woman named Madison being harassed by her abusive ex-boyfriend. As she is being choked, Walsh gets the attention of the ex and shoots him, calmly leaving afterwards. Madison is then questioned by BAU members Spencer Reid and Alex Blake, however she refuses to help as she views Walsh as a hero.

At a run down apartment building, a bunch of drug dealers are making and bagging some meth, when Walsh knocks on the door. Dane Hendricks answers and Walsh asks if he remembers him. Dane doesn't, but Walsh remembers him as being a friend of Howard Clark. Walsh then pulls out his gun and shoots everyone in the apartment. The BAU respond to the mass murder and are able to see Walsh's license plate in the security camera footage. Technical analyst Penelope Garcia enhances the license plate and pulls the number, identifying the unsub as Clifford Walsh. The BAU learn of Walsh's past and give the profile to a room of police officers. Meanwhile, now on a mission, Walsh abandons his vehicle and steals another.

He drives to Morton Heinz's house and knocks on the door. Unbeknownst to Walsh, Morton's brother, Jeffrey answers the door and Walsh asks if he remembers him. Jeffrey doesn't, and Walsh says that he's been waiting a long time for this, before shooting Jeffrey and leaving. After the shooting, Walsh goes to a bar where he watches the news and ponders his next move. The bartender turns off the TV, complaining about the depressing news, and Walsh tells her that things won't change. A regular customer comes in and the bartender asks him about a problem that he's been having with the neighbor's dog defecating on his door mat. The customer says that he scooped up the dog poop and put it on the neighbors' welcome mat, claiming that it is not the kid's fault, it's the parents. Walsh overhears this and comes under the belief that he and Howard Clark's mother are to blame for what happened.

While the BAU are busy looking for Clark's accomplice, Walsh breaks into Mrs. Clark's house and holds her hostage. He talks with her about the tragedy, how she covered for her son, and how they are both to blame for their sons' actions. The BAU eventually figure out that the accomplice was Teddy and deduce that Walsh might go after the mother. They get there before Walsh kills Mrs. Clark and tell him that the Heinz he killed was the wrong one, and that Jeffrey had a wife and two daughters. Unable to deal with the revelation that he killed someone innocent, Walsh tells Mrs. Clark that he hopes she is right about being reunited with your loved ones when you die, and commits suicide. 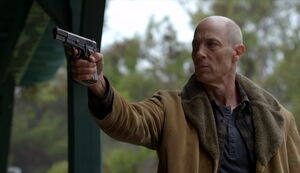 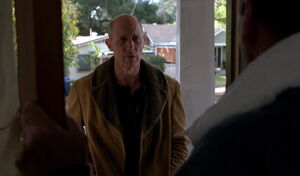 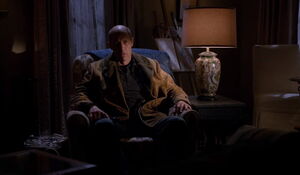 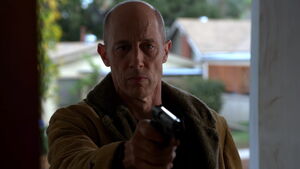