A Million Ways to Die in the West

Hunt down Albert Stark and kill him for loving his own wife Anna and to kill her too (all failed).

Clinch Leatherwood is the main antagonist of the 2014 western comedy film A Million Ways to Die in the West. He is a dangerous outlaw, Anna's cruel husband and Albert Stark's arch-nemesis.

He was portrayed by Liam Neeson, who also played Ra's al Ghul in Batman Begins, Bad Cop in The Lego Movie, Norvirus Raccoon in The Nut Job, Phango in Khumba, himself in Family Guy (which also starred Seth MacFarlane), Harry Rawlings in Widows, and High-T in Men In Black: International.

Clinch is a dreaded outlaw and the husband of Anna, who befriends and begins a relationship with Albert Stark. He is first seen stealing and killing an innocent prospector for a gold nugget. He then orders his right-hand man Lewis to escort his wife Anna to Old Stump to go unnoticed while he continues his unlawful activities. During her stay at the village, Anna befriends Seth and eventually falls in love with him, sharing a kiss.

After one of Clinch's henchmen sees Anna kissing Albert, Clinch begins to hunt Albert down. After he abducts Anna and prepares to rape her, she knocks him out with a rock and places a flower in his butt before escaping. When Albert escapes Clinch and his henchmen, he instead decides to capture Anna and use her as bait for Albert to confront him, which does indeed make Albert come to go fight him.

Albert shoots Clinch in the arm during the showdown, who is initially unfazed. Clinch responds by shooting Albert's gun off of his hand. Albert then stalls for time until Clinch starts to feel unwell, upon which he reveals that he tipped the bullet with poison. Clinch dies from the poison in the middle of Albert's explanation.

Albert then gives his condolences to Anna for having killed her husband. Anna however answers that she is obviously glad that Albert freed her from Clinch, but claims that rather than how badly Clinch mistreated and threatened her, their marriage would have failed anyway because of differing religious values (Clinch was a Methodist and Anna is Jewish). Albert and Anna get married and use the bounty on Clinch's head to buy more sheep.

Clinch is a cruel, arrogant, duplicitous, confrontational, and trigger-happy sociopath. This is first shown when he kills a treasure hunter after forcing him into a duel, despite that the treasurer was going to give him the needed gold, free of charge. Despite telling to shoot at the count of three, Leatherwood killed the man only at two, showing he is a cheater. And his cruelty is further proved by his abuse to his wife. 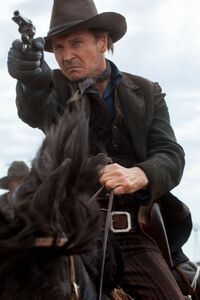 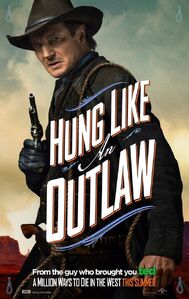 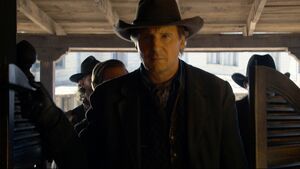 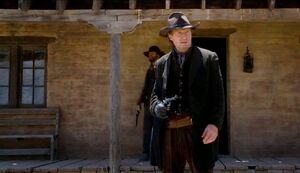 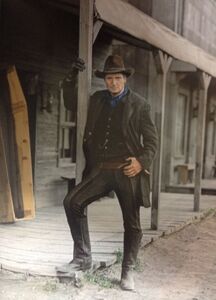 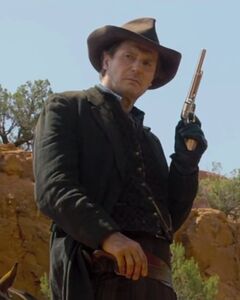 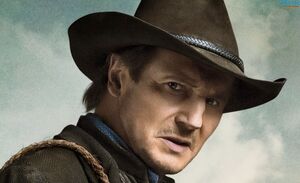