Steal money in order to save his sister from her illness.
Kill Green Arrow to avenge his sister.
"Tem":
Brainwash Kid Devil to make him fight in the illegal club, The Dark Side (all failed).

The Clock King is a supervillain who has fought Green Arrow and Batman regularly. There are two Clock Kings; one named William Tockman, and another nicknamed "Tem".

William Tockman was a man who took care of his crippled sister most of his life. However, when he discovered that he only had 6 months to live, he became concerned about what would happen to her. He became the criminal Clock King to make a fortune to provide for his sister after he died. However, he was caught in his first bank robbery by Green Arrow. While in jail his sister died alone, meanwhile he also learned that his doctor made a mistake and he was not terminally ill. He attempted revenge on Green Arrow, but failed miserably.

He then joined the Injustice League, a team of down and out supervillains who were actually worse working together then individually. He and several other members tried to reform by becoming the superhero team Justice League Antarctica, but they remained laughing stocks even as heroes. He would later form his own team of supervillains to fight the Teen Titans, but ultimately failed their as well. He would eventually join the Suicide Squad and apparently died during the Infinite Crisis saga.

The second Clock King was a far more dangerous villain than Tockman. His name was never revealed but he was once referred to as "Tem", and his costume resembles Temple Fugate. He had the ability to see four seconds into the future. He was also a technological genius who lead a villain team called the Terror Titans. His group first kidnapped Teen Titan member Kid Devil and brainwashed him to fight in an illegal club called, "The Dark Side." The Titans manage to save Kid Devil. Later Clock King took over The Dark Side Club and used the metahuman fighters to attack Los Angeles solely for his own amusement. Miss Martian managed to infiltrate the club and stop him.

Temple Fugate was once a businessman who love to keep everything on the dot, presumably because he may suffer from Obsession Compulsive Disorder, or OCD. When he met the Mayor of Gotham City, he told him to relax for a while and take an early coffee break at 3:15. Fugate did what he said, but Fugate's papers flew into a fountain and made him late to a court hearing. Being late, and losing a great deal of money, Fugate swore vengeance to the Mayor.

Years later, Fugate has been studying Batman's fighting style and how fast he is. He said that it takes Batman 1/20th of a second to preform a punch and 1/30th of a second to preform a kick. He sabotaged the traffic lights, causing chaos throughout the city, and even caused a subway train to crash into the subway. He manage to capture The Mayor and told him that he's going to die at 3:15, which is when the Mayor suggested that Fugate take his coffee break. Batman manage to rescue the Mayor, but Fugate managed to escape (just as Batman predicted that he would).

However, Fugate was not done with his revenge. Fugate tricked a doctor that studies time, and became his butler. Fugate used a device that allowed him to create a time bubble around him and slow time outside the bubble. Afraid the doctor would find out, he placed the device near him and made him move extremely slow. He was planning to place a bomb underneath the mayor and it'd go off by vibration. Batman managed to grab the bomb and tossed it into the river before it exploded. Both Batman and Robin took out Fugate and placed him in prison.

William Tockman, the Clock King, appears as a villain in the Arrowverse shows Arrow and The Flash. After initially having been stopped by the Green Arrow after attempting to perform various lucrative robberies in Starling City, Tockman took an entire police station hostage during his transfer to Central City. This time, he was taken down by Iris West and was presumably incarcarated at Iron Heights.

He was portrayed by Robert Knepper.

Clock King appears as a villain in The LEGO Batman Movie. 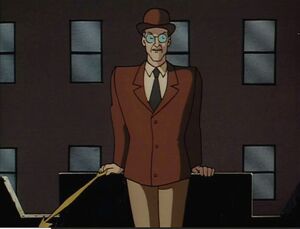 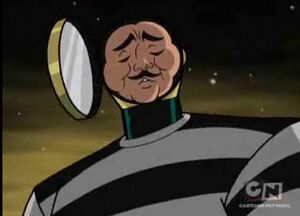 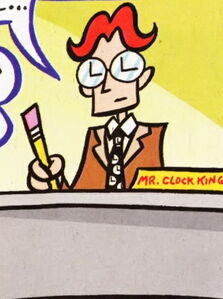 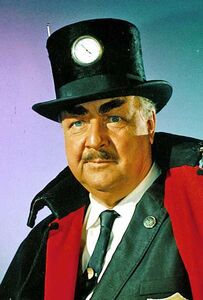 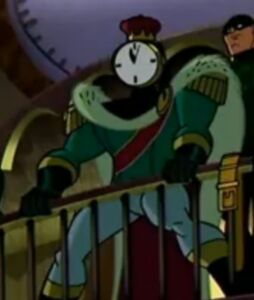 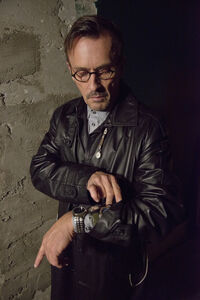 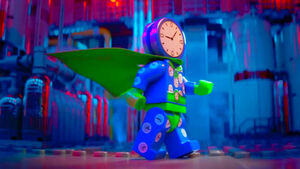 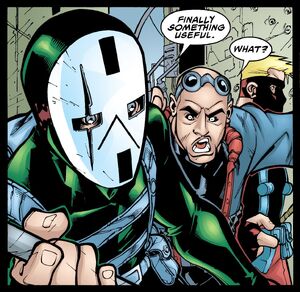 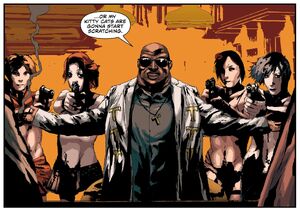 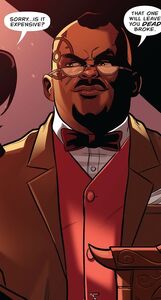 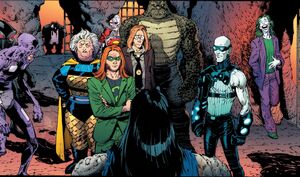 Retrieved from "https://villains.fandom.com/wiki/Clock_King?oldid=4271038"
Community content is available under CC-BY-SA unless otherwise noted.