Eradicate and eclipse the Cooper Family.

Clockwerk is the main antagonist in Sly Cooper series, and the founder and mastermind behind The Fiendish Five. A large owl who resided in Russia, Clockwerk replaced his entire body with advanced machinery in the hopes to wipe out the Cooper line out of jealousy for their reputation as master thieves. He is the arch-nemesis of the entire Cooper Family and Sly Cooper.

He was voiced by Ross Douglass.

Clockwerk was born a long time before the events of the Thevius Racoonus as a Eurasian Eagle-owl with red eyes and brown plumage. No information is given of his family, real name, or early life, though it is known that, at some point he learned of the great fame of the Cooper Clan and was overcome with rage and jealousy. Due to this burning hate, he knew he had to carry on in order to wipe out the Cooper family. He made a final decision and began replacing his own body with machinery. How such advanced technology was acquired back then is still a mystery, though it may be that Clockwerk was an inventor or builder of sorts. He may have been born in the Ice Age as Clockwerk was sighted there in Thieves in Time.

Clockwerk is more than a thousand years old, enough that even in some of the oldest pictures Sly has of his family, Clockwerk's shadow can be seen in the background against the sky or moon. He has been kept alive by his fierce, fiery hatred for the Cooper family, a line he made himself a rival of. Either when, before, or after Sly was born, he formed the Fiendish Five. When Sly was around the age of eight, he led them in an attack against the Cooper family, slaying Sly's father and mother. In the process, he stole the family's sacred book of thieving, the "Thievius Raccoonus", tore the pages out of the book, and gave some of the other pages to the other four members. Even though Clockwerk was aware of Sly's existence, he doesn't hurt him. The reason for this is can be found by a famous quote from Clockwerk during their confrontation over a volcano, "...I wanted to show the world that without your precious book, the Cooper line was nothing."

Sly Cooper traveled the world with Bentley and Murray once he left the orphanage, seeking to recover The Thievius Raccoonus from The Fiendish Five, which are Sir Raleigh, Muggshot, Mz. Ruby, Panda King, and of course Clockwerk himself.

Sly studied the pictures in the book as he recovered them; seeing Clockwerk's frame in each photo, he began to piece it together. However, it was Bentley who figured out where the evil owl was hiding, and they traveled to a volcano in Russia to finally face the murderer of his family. Clockwerk didn't directly meet Sly at first; instead he caught Carmelita and used her to lure Sly into a gas chamber, where Bentley saved him by hacking into the device, shutting it off. Sending one of his smaller Robot Falcons, nicknamed "Falcons", he stole Sly's cane in which Carmelita promptly helped the raccoon get it back. Finally, borrowing the Inspector's jet pack, Sly faced his robotic foe, who answered Sly's questions with what he thought to be the correct answers. The metal in Clockwerk's armor was too strong for the jet pack's bullets to break alone, so Carmelita shot the owl's body with her gun, which weakened the armor and allowed Sly to strike his foe down. Clockwerk falls into the lava only to fly back out, no longer with his wings but jets, which hold the massive owl aloft. Shooting more deadly missiles now, they continue to fight over the lava until finally the owl falls again. Sly lands on the Clockwerk pieces with Bentley's warning in his ears, that the owl will reconstruct himself if Sly doesn't finish him off fast. Sly slams Clockwerk's face with his cane, while Clockwerk shouts out, "Cooper! You will never be rid of me! Clockwerk is superior!!!"

Though thought to be defeated, an end cutscene shows Clockwerk's head floating in the lava, as one red eye opens slowly then Murray screams after that have happened after the credits. He regenerated after Sly destroyed his head in the final battle.

Neyla betrayed Sly and the Klaww Gang, sealing her body and soul into Clockwerk. During the battle with Clock-La she claims that a new power is growing inside her, this is actually Clockwerk taking control of her body, during the final phase of the fight Clockwerk is in control of Clock-La and uses Neyla's hate to fuel himself.

Clock-La was destroyed by Sly, Carmelita, Bentley and Murray, but not before its beak clamped down and broke Bentley's legs. After Neyla's death, Sly and Carmelita destroy the Hate Chip, thus destroying Clockwerk and his remaining parts for good.

Clockwerk has been seen in many locations in Thieves in Time watching Sly. He first appears in Japan, watching Sly and Riochi from a building. He later appears in the Wild West, watching the battle between Tennessee Kid and Toothpick's soldiers. He returns again in the Ice Age, monitoring Bob and appears in Medieval times and ancient Arabia. Clockwerk also appears in Bentley's dream, where he confronts the things he fears.

In the present day Sly finds Clockwerk's eye, which was not destroyed along with him, revealing that Clockwerk still exists and is not gone for good.

Defunct Physiology: Clockwerk's biological body was at some point replaced with highly advanced robotic parts imbued with the ability to never rust or decay.

For Arpeggio's plan with the Clockwerk pieces, see Arpeggio.

Described by Sly often as a monster, he feels no remorse or any other emotion save anger and hate, which he believes is power. These emotions were able to be felt through a "Hate Chip" stored in his brain. Even though he believed the hate in the chip was what gave him his power it was probably burning energy installed in the chip that gave the feeling of these emotions and repaired and preserved his body for all time. Cruel, sadistic, and egomaniacal, he is also considered to be a serial killer, which isn't far from the truth since the evil owl sought to wipe out an entire family just to gain recognition as the ultimate thief. He seems to look down on concepts such as loyalty and empathy as evidenced by his commentary after Sly saved Carmelita at his fortress. He is known by some as "The Bane of The Cooper Clan." 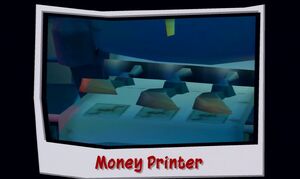 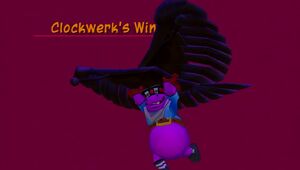 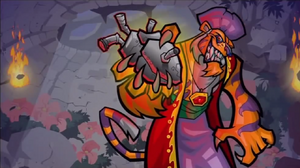 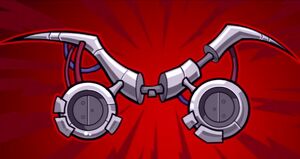 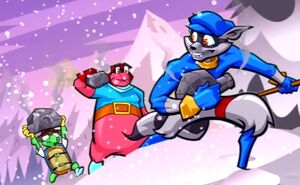 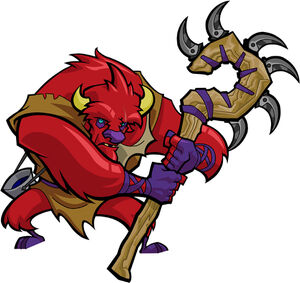 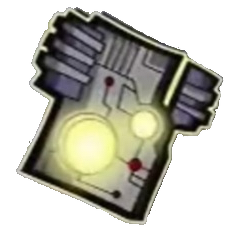 Hate chip
Add a photo to this gallery

Retrieved from "https://villains.fandom.com/wiki/Clockwerk?oldid=4326615"
Community content is available under CC-BY-SA unless otherwise noted.