Working aboard the SS Ships.

To use Madame de Pompadour's brain to repair their ship (failed).

To reach the Promised Land (failed).

Artificial Intelligences
The Clockwork Repair Droids, also known simply as the Clockwork Droids, were androids that served on the SS Madame de Pompadour in Doctor Who episode "The Girl in the Fireplace". They stalked Madame de Pompadour in 18th century France, believing that they could repair their ship by taking her brain. Another group of Clockwork Droids led by the Half Face Man appear in the episode "Deep Breath".

The Droids' only purpose was to fix the ship. When the ship was damaged in the Dagmar Cluster in an ion storm, they lacked the right parts. They used all the crew members' body parts; according to the Tenth Doctor, "No-one told [them] the crew weren't on the menu.". The last part they needed was a brain for their command circuit, and they believed that only a 37-year-old brain (the same age of their ship) would work.

They modified the ship's warp engines to open many time windows to 18th century France and passed through it at various moments of Madame de Pompadour's life, attempting to find her in her 37th year. The Doctor defeated them by disconnecting the time window that led back to their ship. With no purpose, they shut down.

Another group of Clockwork Droids on SS Madame de Pompadour's sister ship SS Marie Antoinette crashed on Earth in the Prehistoric times and their human crew died. The droids led by Half Face Man began adding human body parts to themselves and began harvesting human organs to repair their ship in order to reach "The Promised Land". They based their organ harvesting factory at underneath the floor of a restaurant called Mancini's in Victorian London. 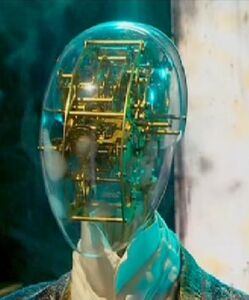 One of the Clockwork Droids' true identity 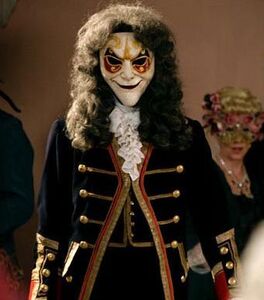 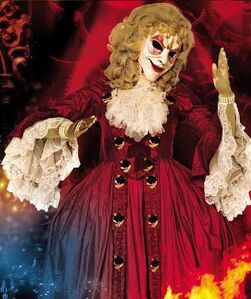 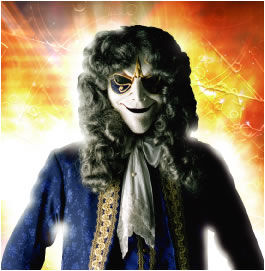 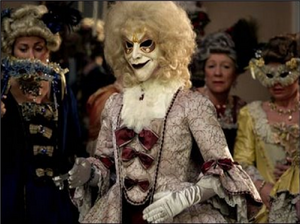 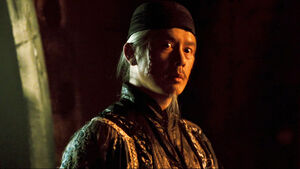 Retrieved from "https://villains.fandom.com/wiki/Clockwork_Repair_Droids?oldid=4230248"
Community content is available under CC-BY-SA unless otherwise noted.