The Clockwork Soldiers, also known as The Toy Platoon, are a trio of Portrait Ghosts that served as enemies to Luigi in Luigi's Mansion. The three originally belonged to an unknown toy collector, but somehow they now march on their own without the need of winding.

The Clockwork Soldiers reside in the Clockwork Room located on the third floor of the mansion. When Luigi enters in the room, he will find the soldiers inactive. However, once Luigi starts the three clocks in the room, the soldiers reactivate and proceed to attack Luigi with their popping cork guns. The Clockwork Soldiers are fought similar to Henry and Orville, Luigi must defeat them one at a time by vacuuming their wind-up keys with the Poltergust 3000, exposing their hearts and getting caught by Luigi in the process. Afterwards, the playhouse's doors open, giving Luigi access to the Roof. 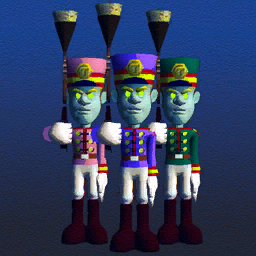 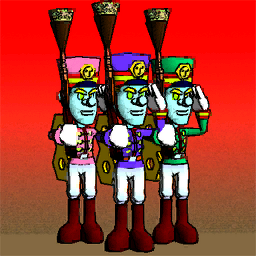 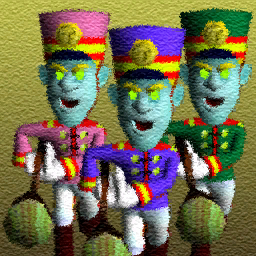