The Clones are the central antagonists of the Eddsworld episode Spares. They are clones of Edd and his friends, causing them to look and act like their original counterparts. Also, the Edd Clones have toasters in their heads instead of brains.

When the evil director called Bing finds out only four people (Edd and his friends) have watched his latest movie, he uses the gang's DNA left on their cinema seats to create clones of them. The Clones are then added to the cinema where they watch and laugh at Bing's newest movie (and if they don't, they are quickly removed). However, when the movie ends, the Clones left the cinema and disappear, forcing Bing and his assistant Larry to look for them.

At first, the Clones go to the arcade, where Tord Clones start going trigger-happy on nearly every single game. Eventually, the Clones gather an enormous pile of tickets, only to get a small plastic shark key ring, so they burn down the arcade in protest. A Tom Clone suggest to go shopping shoes and kittens twice, but he ends up being thrown into a dumpster.

They then decide to go home and rush into Edd's house. The gang let them live there, but when the Clones drink all of Edd's Coke, an angry Edd shoots an Edd Clone in the head with a shotgun. The Clones become angry, causing them to attack and almost kill Edd, but Matt (with a golf club), Tom (with a baseball bat) and Tord arrive (armed with an AK-47) and they kill all of the clones.

Meanwhile, Bing and Larry are able to follow the Clones by watching cans of Coke the Edd Clones left in the streets. Bing then makes a theory that the Clones have gone into the sewers to live, breed, multiply and form a civilization where they would gain superpowers from the raw sewage, so they could enslave the human race in a thousand years time. However, they then find out the gang shot all of the Clones, except one who looks exactly like Matt. Unable to learn which one of them is the real Matt, the gang decide to let both them alive and throw Tom into a garbage can outside. It is unknown on what happened to the rest of the clones afterwards. 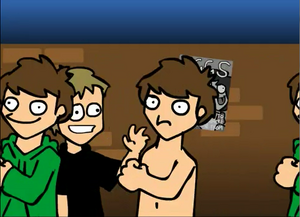 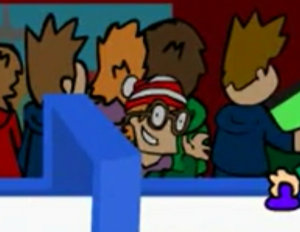 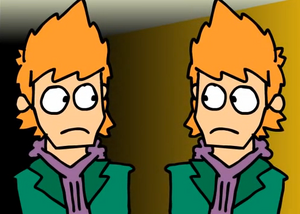 Matt and his clone. 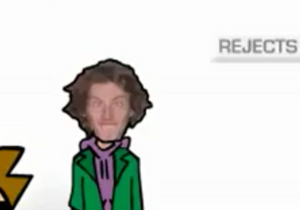 A Matt Clone with the real Matt's head.