To kill Nathan or at least "play with him".

The Clown is the main antagonist of the 2016 horror videogame Play With Me. He is a nightmarish clown that haunts Nathan in his nightmare.

The Clown seems to be psychotic due to always having a big grin on his face, and he's willing to play with Nathan.

The clown first appears when Nathan exits his bedroom (he can appear ether in the hallway or the piano room), he can teleport everywhere in the house following and jumpscaring Nathan, once Nathan gets all the candles and the key and reaches the front door the Clown stops him and jumpscares him one last time (presumably killing him) 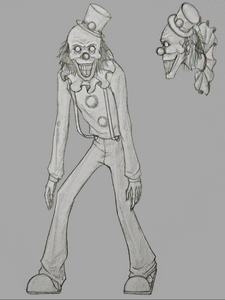 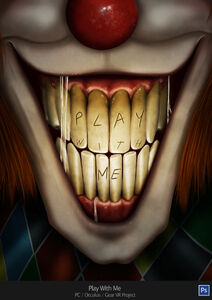 The Clown's closeup to his teeth in the cover. 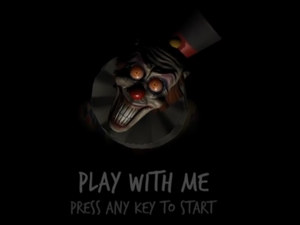 The Clown in the title screen. 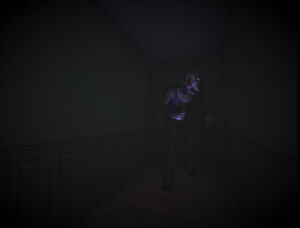 The Clown in front of the kitchen door. 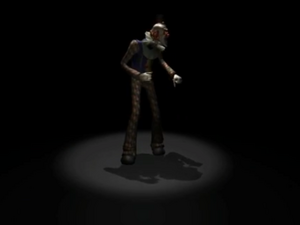 The Clown in the credits.
Add a photo to this gallery
Retrieved from "https://villains.fandom.com/wiki/Clown_(Play_With_Me)?oldid=3701288"
Community content is available under CC-BY-SA unless otherwise noted.