The first appearance of Cluemaster was when he made an attempt to learn Batman's secret identity. He failed this and many other criminal attempts, mostly because he left clues at his crimes much like how Riddler would leave riddles. He then joined a supervillain team called the Injustice League. Sadly the team of loser villains were even more unsuccessful together then they were separate. After staying in Blackgate prison, he supposedly reformed. Now cured of his compulsion to leave clues, he joined a gang and killed the leader to take charge. However his daughter, Stephanie Brown, left clues for Batman to help him catch Cluemaster and his gang. Stephanie was angry at how Arthur's criminal career destroyed their family. Stephanie would become the superheroine Spoiler and begins a romance with Tim Drake/Robin. From then on his daughter would help Batman whenever he attempted a crime. Cluemaster seemed to have a genuine desire to reform for his daughter and hoped to make her proud by joining Suicide Squad, a government sanctioned team of supervillains who perform covert operations in exchange for pardons. He battles a team of terrorists and was injured with several bullet wounds to the chest. He survived, but unfortunately his daughter died fighting alongside Batman. Angry at Batman, he takes on the identity Aaron Black and starts a protest campaign to stop Batman, claiming he put children sidekicks life in danger. Stephanie turned out to be alive and became the new Batgirl, while Cluemaster, unaware of her being alive, funded a supervillain team that frequently battles her called The Reapers.

A very different version of Cluemaster appears in the TV show The Batman. Arthur was a child on a game show called Think Thank Thunk. After he lost his championship title he went insane. Years later he was now a morbidly obese high school dropout living with his mother. Believing the show cheated him, he had the host, the producer, and the competitor he lost to kidnapped and forced to play the game over again. If he won they would be dropped in acid. Batman arrived and competed in a "bonus round". Batman won and fought an angry Cluemaster, managing to defeat him.

He was voiced by the late Glenn Shadix.

Cluemaster later appears in the show Batman: The Brave and the Bold in a bar where a bunch of other villains hang out.

Cluemaster is a knowledgeable criminal.

Cluemaster uses special pellets that conceal many gimmicks, such as smoke screens and nets. 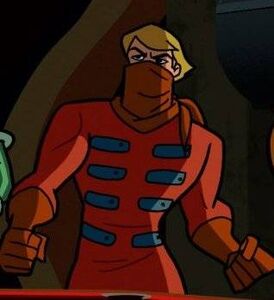 Cluemaster (Batman: The Brave and the Bold) 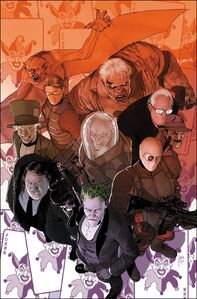 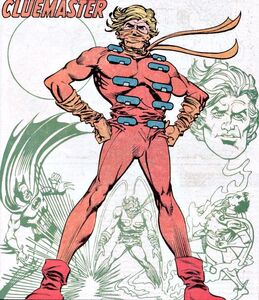 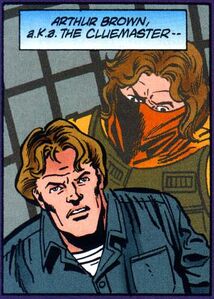 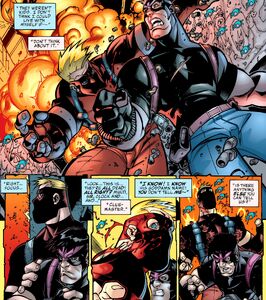 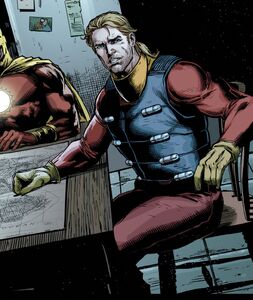 Retrieved from "https://villains.fandom.com/wiki/Cluemaster?oldid=3429972"
Community content is available under CC-BY-SA unless otherwise noted.