Cyberterrorism
Cybertheft
Attempting to bring down the OMN

Clyde or MILFHunter69 is the leader of the hacker group Chaos Theosis, whose goal is to bring down the Online Multiplayer Network. His avatar is of an Elite. He is a major antagonist in Season 6 of Arby 'n' The Chief.

He is voiced by Jon Graham.

Alongside the other members of his group, Clyde was hired at some point by Trent Donnovich to take down TOSERS and the OMN. The four record a warning video where they threaten to ban players unless the OMN's new moderator group, TOSERS is disbanded. In the video, they demonstrate how they can use their hacks to ban players and steal their account information. Clyde and his team later infiltrate a TOSERS evaluation server. They begin killing all the TOSERS candidates, who were in the middle of a match to determine the top three most qualified to become TOSERS. Clyde and the other hackers are later forced to retreat when more moderators show up.

Clyde and Adam later enter a private server to acquire more hacks from hack distributors. They soon spot Arbiter and Chief trying to acquire the hacks as well, causing a shootout to occur between the hackers and the two action figures. Clyde and Arbiter enter a standoff but a blackout occurs at Jon's apartment, which causes Arbiter and Chief to disconnect. Upon hearing that Duncan planned to leave Chaos Theosis, Clyde had Kylie lure Duncan to their private server and fragban him. After acquiring his personal information, he sends Duncan an email threatening him not to talk lest they release it.

After Kylie got fragged by Master Chief, Clyde berated her over Skype for getting killed by Chief, stated that he shouldn't have hired a woman. He also informed her that she wasn't getting any payment, much to her dismay. Shortly after ending the call he was fragged by both Arbiter and Chief. However, Clyde managed to rejoin the OMN using his spare Xbox and one of his alt accounts. He confronted Chief and Arbiter as they were chasing Trent, with Trent offering to increase his pay by 20% if he held off Chief and Arbiter. Unfortunately for him, he was fragged by them again.

Clyde later returned to Halo: Reach and at some point reformed Chaos Theosis into a much more powerful clan, with it becoming one of the two largest hacker clans on Halo: Reach alongside another clan led by his former subordinate Kylie. The two clans engaged in a turf war with each other for complete control of Xbox Live which Clyde's side was winning, having dealt several blows to Kylie's clan including robbing her of over $400,000.

However, Kylie soon received unexpected assistance in the form of Adam McIntyre, who by that point had left Chaos Theosis too. The two went to confront Clyde as he was meeting with two of his captains to split up the money he had stolen from Kylie. Clyde bragged to Kylie that she could do nothing since he could easily buy another console and have his men fragban her if she shot him. However, Clyde was then greeted by Adam and at first did not recognize him until Adam revealed he had once served under Clyde. Not realizing that Adam possessed hacks that could overload his Xbox and cause it to explode, Clyde refused to comply with Kylie and was shot by Adam, presuming causing his console to explode and either kill or injure him.

After his ban, Adam took control of Clyde's forces and annexed them into Kylie's clan, letting them keep their positions once they became loyal to Kylie. 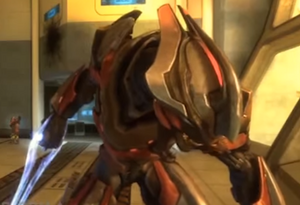 Clyde while communicating with Trent 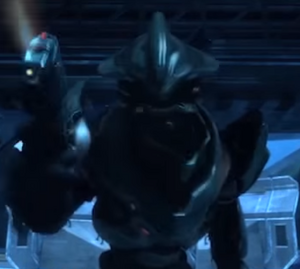