Soccer coach (Until His Arrest)

Have sex with underaged women (both succeeded until his arrest).

Perverted Rapist
Coach Don Hauser is a minor antagonist in season one of The Sopranos, only appearing in the episode "Boca".

He was portrayed by Kevin O'Rourke.

After Tony Soprano's daughter Meadow wins a soccer game with the help of Coach Don Hauser, Tony brings Don and Tony's other friend Artie Bucco to his club to celebrate, where Don tells them he plans on moving soon to Rhode Island. Not wanting to lose their best soccer coach, Tony has Paulie Gualtieri bribe him with a new flat-screen television and leaves it in his driveway when he refuses to take it. Later, Christopher Moltisanti kidnaps Don's dog and returns it days later in order to intimidate him to stay, telling him he wouldn't want his dog to "get hit by a car".

This convinces Don to stay and Tony tells Meadow the good news, but to his surprise, Meadow is upset and apparently ungrateful to hear this and she tells Tony that her friend Ally Vandermeed attempted to kill herself because Don had been having a sexual affair with her, even though she was underage and he refused to divorce his wife to stay with her instead.

The next day, Tony plans to have Don killed for what he did to Ally, but Artie tries talking him out of it by telling Tony he should not take vigilante justice into his own hands and he should just have Don arrested. Tony reminds him of what Don did and tells him that even if he did get sent to prison, he would just move to another state afterwards where they could not get to him and get another job as a soccer coach to prey on more young girls, but Artie then reminds him that while they would feel much better with him dead, Don's wife and daughter would be devastated if he was murdered for no apparent reason.

Sometime later, Silvio Dante is in position and ready to go into Don's house to kill him, but Tony calls it off at the last moment and decides to have someone from Meadow's school give an anonymous tip about what Don had been doing and Don is sent to prison later that night where his face is put all over the news, permanently ruining his reputation and exposing him to his family and everyone else who knew him. 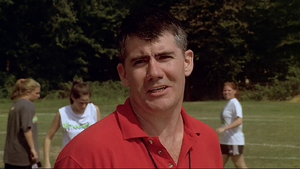 Coach Hauser on his soccer field. 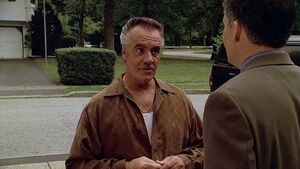 Paulie bribing Coach Hauser to try and convince him to not leave. 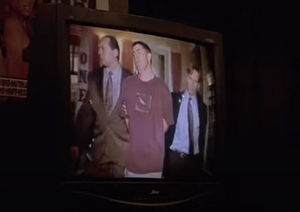 Tony watches as Don Hauser is arrested and has his face put on national news.