Colin obviously symbolizes the internet itself; focusing on how easy it is to get distracted and sidetracked when you go to it for an answer. He reflects how people today are more likely to turn to the internet for information rather than a book, or a globe. Harry mentions that the gang already has a laptop, which Colin dismisses. This could be seen as a representation of competitive brands (similar to the Mac vs. PC ads) and their aggressive marketing. Colin collects personal information on the puppets, much like Facebook and other social media sites do to sell to advertisers. And during the line "Help you to find something you're wanting to find" he points to an advertisement on a newspaper, symbolizing how searching something on the internet often leads to being directed to advertisements, and ads taking up the top space on a Google search. 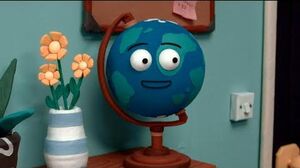 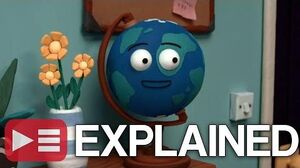