The Man Who Missed a Battle

Start a war with the Wapiti Indians, slaughter them, and be held as a hero (failed; although he did succeed in starting the war)

Colonel Henry Favours is a major antagonist in Red Dead Redemption 2. He is corrupt colonel in the United States military and liaison to the Wapiti Tribe Reservation.

Henry Favours fought for the Union during the American Civil War, but despite this his career was anything but successful, as his nickname implies that he ran from battle and repeatedly dodged many others. Following the war, Favours was stationed at Fort Wallace in the Cumberland Forest region of New Hanover to oversee the Wapiti Indian tribes.

Following the end of the war, Colonel Favours gained a reputation as an incompetent coward, which followed him ever since. As result, he's been shunted around by those around him, and is usually appointed to places nobody really has much use for. Tired of being mocked for running away from battles, Favours decided to earn the glory and honor he feels has been denied to him, and decided the best way to do so was to start a war with the Wapiti Indians.

To begin his plan, Favours began to antagonize the tribes into war, so he could wipe them all out using his army's superior technology and have at least one successful battle under his belt before retirement. Colonel Favours began to antagonize the tribes by having their women beaten and sexually assaulted, kidnapping and sending their children to abusive reform schools, burning down their sacred shrines and taking their horses so they cannot hunt, dooming them to starvation and dying from the harsh temperatures. The army and the tribes signed many peace treaties, but Favours took advantage of them letting their guards down to simply break the treaty and antagonize them more. Eventually, Favours even withheld vital vaccines and medicine to kill their children and elderly, hoping to provoke them into a war so he can gain the "glory" of wiping them out and taking their oil-rich lands.

Colonel Favours eventually agrees to meet with the Wapiti Indian chief, Rains Falls, who is accompanied by Arthur Morgan and Captain Monroe to discuss peace terms. However, the peace talk goes south, as Colonel Favours uses his platform to bully and insult Rains Falls, who just wants to protect his people. He also spouts blatant lies about the Wapiti Indians violating the existing treaty while Colonel Favours has broken it multiple times, and set the entire meeting as a pretext to frame his Monroe for treason, which he defines as "impudence from a junior officer in public". Following this, a gunfight unfolds shortly after Rains Falls leaves the negotiations, with Colonel Favours fleeing and Captain Monroe successfully escaping with the help of Arthur Morgan

Favours' plan to start a war with the tribes eventually succeeds, as a native tribe led by Rains Falls' son, Eagle Flies, led an assault on Cornwall Kerosene & Tar. Favours commandeered the battle, and his men are able to wipe out most of the natives, but they prove no match when the Van der Linde gang come to their aid, slaughtering most of Favours' men. When Eagle Flies saves Arthur Morgan from being killed by Favours' men, Favours himself makes a sudden appearance and kills Rains Falls with a shot to the abdomen, shortly before Arthur shoots Favours, killing him and making Favours the casualty of the war he so craved.

Favours is a man driven by spite, ego and greed, as well has having an undeserved hero complex. He is shown to be condescending, proud, glory-seeking, and warmongering. He plotted to wage war against the weak and destitute Forest Tribes in a petty attempt to erase his humiliating reputation as an incompetent coward. He opposed to Captain Monroe's humanitarian efforts for the tribes and did everything he could to hinder him before deciding to execute him on trumped-up charges of treason. He is shown to be harsh and extremely cruel when taking punitive measures against the Indians and opposition - having natives tortured, native women assaulted and raped, having their children starved and letting them die from diseases, destroying sacred lands of value to them, and even plotting to have Captain Monroe executed for hampering his efforts to drive the natives away.

He's openly racist against the Wapiti tribes. In fact, not soon after meeting with Rains Falls for their peace talk, he refuses to call him by his proper (non-English) name, which he refers to as "silly." He also considers natives as little more than criminals. 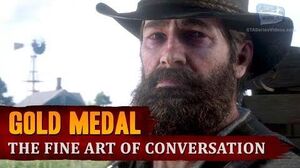 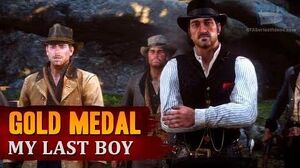 Retrieved from "https://villains.fandom.com/wiki/Colonel_Henry_Favours?oldid=3216301"
Community content is available under CC-BY-SA unless otherwise noted.