Jacques Bouvar is a minor antagonist in the opening sequence of the 1965 James Bond film Thunderball.

He was a French colonel and SPECTRE Number 6.

He was portrayed by Bob Simmons, with Rose Alba as Widow Bouvar.

In 1965, he faked his death to escape the attention of MI6 as he had killed two agents, and his "funeral" was attended by James Bond and Mademoiselle La Porte. Bouvar was also present, diguised as his own widow. Bond watched him leave and deduced his true identity when "Widow Bouvar" opened his own car door. Bond followed him back to his French chateau and confronted him, resulting in a brutal fistfight breaking out between the two. Bond eventually gained the upper hand and strangled Bouvar to death with a fire poker. 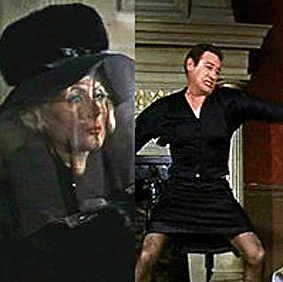