Colonel Moss (Wolverine and the X-Men)

Get revenge on Wolverine
Kill all mutants (Both failed).

Xenophobic Nemesis
Colonel Moss is Mutant Response Division's leader and a major antagonist from TV Series Wolverine and the X-Men.

He hates Wolverine because at some point the point of the past, he gave him a scar on his face and then he wants revenge, Moss is also the former head of Weapon X.

Moss MRD commands to find and capture mutants, humans had some hidden Logan after he had saved a child, but the MRD discovers all and they arrest the family who saved Logan and the father is tortured by Colonel Morse. But Logan comes to save them Moss warns him to leave alone that family.

In the future, Moss aligned with the Sentinels and became a cyborg, and killed many humans and mutants transforming the future into a hellhole. He still wants revenge on Wolverine, but in the end, Moss is killed by Wolverine. 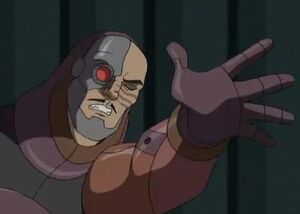 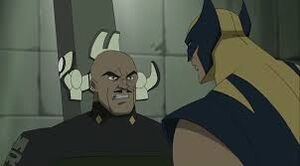 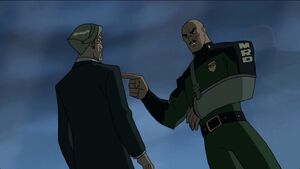 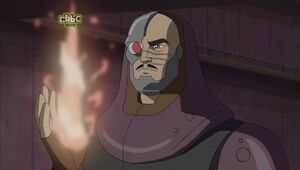 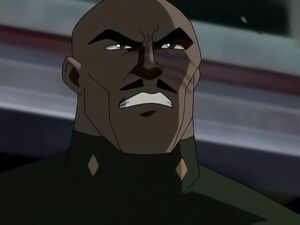 Moss after Wolverine trashes his base. 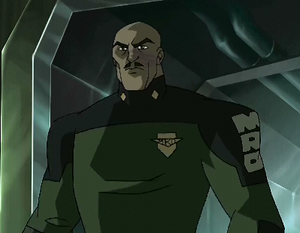