She was voiced by Kazuko Sugiyama in the original Japanese dubbed version of the anime, and by Kasey Buckley in the English dubbed version.

The only female member of the Red Ribbon Army, she used the Dragon Radar that General Blue had stolen from Goku and found one of the Dragon Balls, which she delivered to Commander Red. When Goku attacks the Red Ribbon Headquarters, she takes advantage of the ensuing chaos to blow up the base's vault and steal all the money inside before making her escape.

Given that the Red Ribbon Army was wiped out shortly afterwards, Violet ends up becoming one of its few surviving members.

She appears briefly in a flashback in the Androids Saga in filler, as Master Roshi is telling Maron the story of Goku's battle with the Red Ribbon Army.

Dragon Ball: The Path to Power

She appears in the 10th anniversary film as a minor antagonist, and was redesigned like many other characters. Violet was sent by Commander Red to find the final Dragon Ball which Goku has. Goku ends up knocking down the jet out of the sky, presumably killing her.

It is shown in the anime that she shows no concern for any of her fellow soldiers, even kicking two of them into the path of a giant alligator to distract it. However, she has shown kindness towards animals, even helping an injured baby monkey escape a battlefield.

Violet seems to have a strong desire for money, asking for a reward after finding a Dragon Ball and stealing the Red Ribbon Army's money rather than helping them fight Goku. 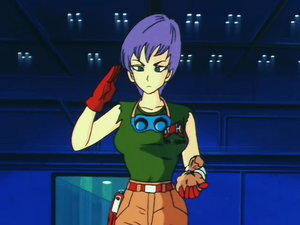 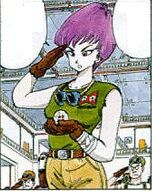 Colonel Violet in the manga. 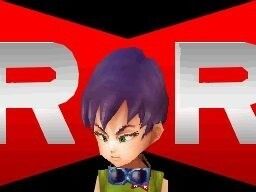 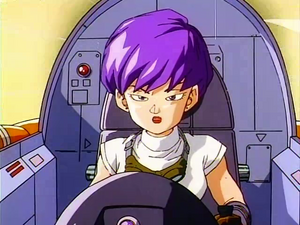 Colonel Violet in Dragon Ball: The Path to Power. 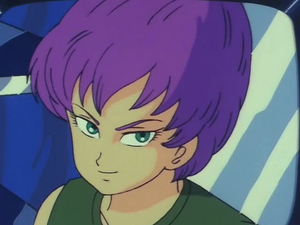 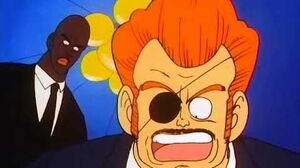 Colonel Violet VS Goku
Add a photo to this gallery

Retrieved from "https://villains.fandom.com/wiki/Colonel_Violet?oldid=3838975"
Community content is available under CC-BY-SA unless otherwise noted.