Discover the true way to draw out the strength of Pokémon.

Colress (Japanese: アクロマ Achroma) is the leader of Team Plasma and secondary antagonist in Pokemon Black 2 and White 2. He is a mysterious researcher that is researching strength of Pokemon. He is actually working for Ghetsis.

He was voiced by Eli James.

Colress is battled by the Player three times throughout the main game (at Route 4, World Tournament, Giant Chasm). After Team Plasma is defeated, he feels regret for his actions and intends to make amends. He is battled once more and gives the player a Master Ball.

Colress debuted in BW112. He was conducting his research of controlling wild Pokémon with special sonic waves at an abandoned facility. When Ash, his friends, and Looker showed up, he released his mind controlled Pokémon on them. He was so impressed by their Pokémon's powers, that he planted one of his controlling devices on Pikachu, forcing it to fight its master. Ash didn't accept this, and encouraged Pikachu fight against the power that controlled him, eventually causing the device to break and free Pikachu, making Colress even more impressed. Team Rocket then showed up, using one of their miniature robots to steal Colress's research data from his computer before quickly reciting their motto and making a quick escape with their balloon. Seeing that the mind-controlled Pokémon were now freed, Colress and the Plasma Grunts he had had with him retreated and destroyed the place with a self-destruct mechanism to get rid of all possible evidence.

Colress appeared again in BW119. Team Rocket invaded his newest laboratory and drew his security - consisting of Angie, Brad and some other Plasma Grunts - into a trap in the woods. Once Colress was alone, Meowth approached him and attempted to convince him to join Team Rocket. Colress refused, but offered to allow Meowth to participate in an experiment to increase his strength. Meowth agreed, having undergone training to resist the mind control device. However, Colress still managed to take control of Meowth, and ordered him to attack Jessie and James. Using Frillish and Amoonguss, they managed to snap him out of it before escaping. Later, Colress was seen with his Grunts reporting to Ghetsis, who revealed information about the Light Stone to them.

In BW120, Colress appeared with the rest of Team Plasma to commence their operation at the White Ruins. While Angie, Brad and many other Grunts ambushed the workers at the site, Colress used his perfected machine to seize control of the workers' Pokémon and turn them on their Trainers. In BW121, he also took control of Pikachu again, forcing N to surrender the Light Stone to Team Plasma in exchange for Ash's safety. He is set to appear in BW122, aiding Ghetsis in taking control of Reshiram. When Ash and Pikachu tried to stop him, he used his machine on Pikachu yet again. However, this time Pikachu was able to fight against its controller, and, together with Reshiram, destroyed Colress's machine once and for all, thus freeing the controlled Pokémon. Later Colress and the other Team Plasma members was arrested by Looker, thus bringing the team down.

Colress is portrayed in a more sinister light in the anime, where he is a willing henchman of Ghetsis, whereas in the games he does not agree with some of Ghetsis' actions.

Colress appears as an antagonist working with Team Plasma to help them with their goal of convincing people to liberate their Pokémon. He first appears as a competitor of the Unova Pokémon League disguised as a cloaked man named Hood Man. He managed to sneak in without having earned any of the eight Unova Gym Badges. After battling his way through Victory Road, he eventually makes it to the top 8. In the quarterfinal match, he is paired up against Marlon as his opponent. Although Marlon manages to disable his Beheeyem's moves, Colress manages to come out on top and advance to the next round.

After the events of the League had ended, he talks to Ghetsis, who thanks him for his assistance to Team Plasma's goal. Although Ghetsis expresses a desire to work with him again, Colress only agrees as long as it doesn't impede his research.

Two years later, he attacks Aspertia City for a test run of Genesect's abilities. There, he encounters Blake and Looker, who happened to be in the area. Blake attempts to capture Genesect, as he noticed that Colress was controlling with a machine and it must still be a wild Pokémon. After a long battle, Blake succeeds in capturing Genesect with the help of his Dewott. Defeated, Colress commends Blake's strength and leaves, but not before revealing that he has become the new leader of Team Plasma. Before disappearing, he tells the two to get the full details from Ghetsis. 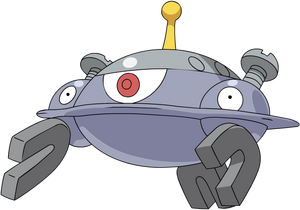 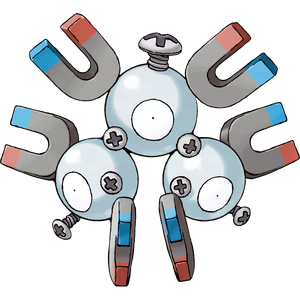 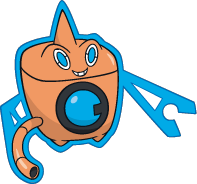 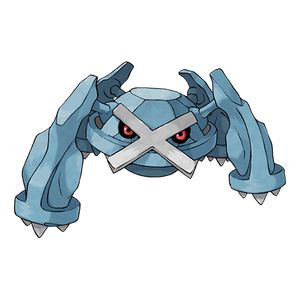 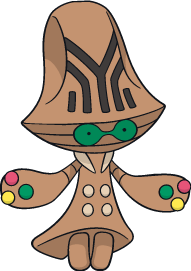 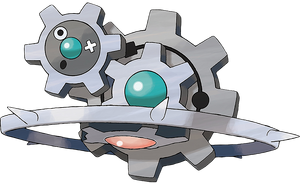 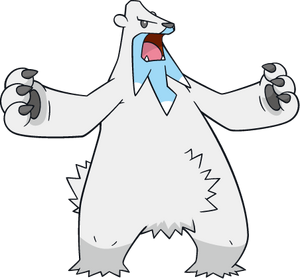 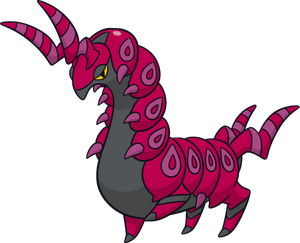 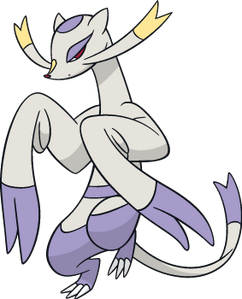 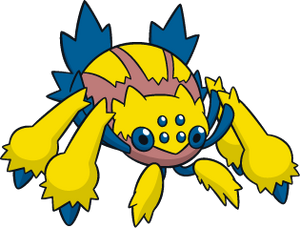 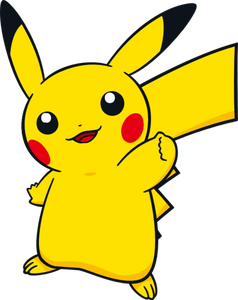 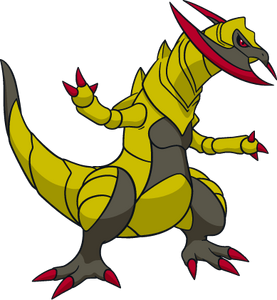 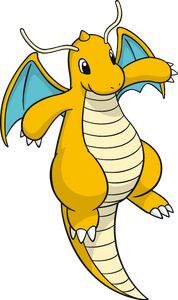 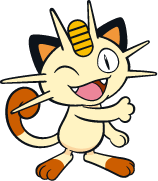 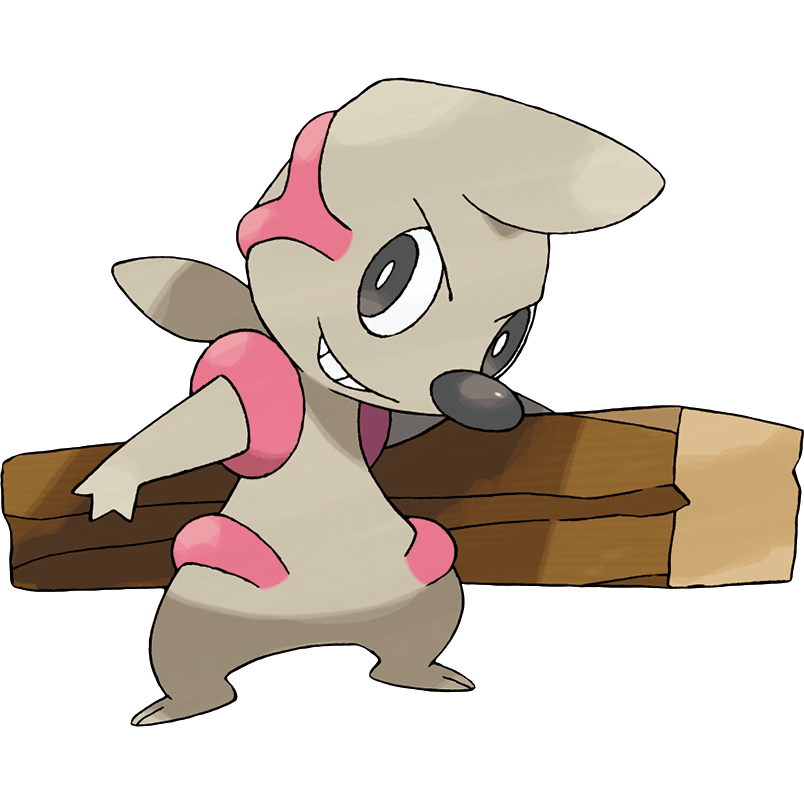 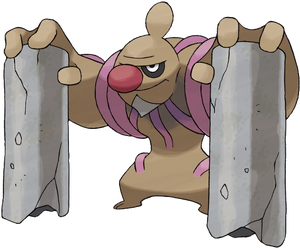 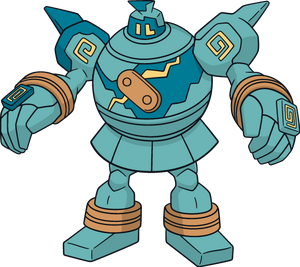 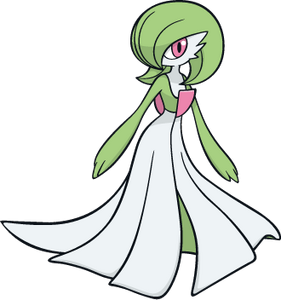 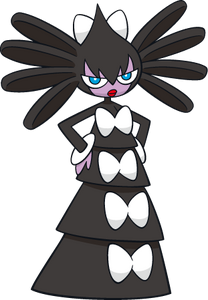 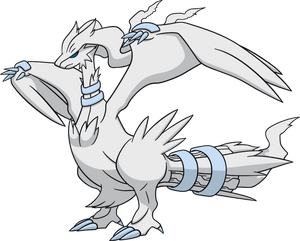 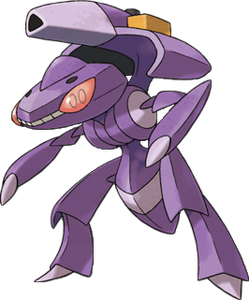 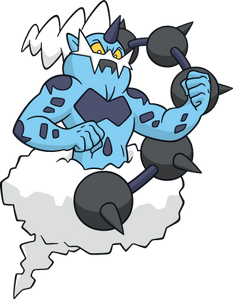 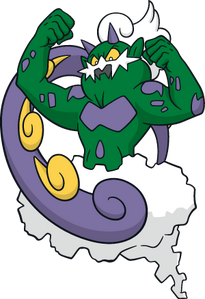 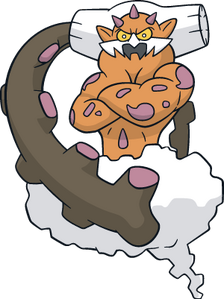 Landorus ♂ (Pokémon Adventures, Used)
Add a photo to this gallery

Retrieved from "https://villains.fandom.com/wiki/Colress?oldid=3771114"
Community content is available under CC-BY-SA unless otherwise noted.