Live out his own version of the "American Dream" (semi-succeeded).

Edward Morgan "Eddie" Blake, better known as The Comedian, is the posthumous secondary antagonist in the comic book miniseries Watchmen and the 2009 film of the same name, and a major antagonist in it's 2017 sequel, Doomsday Clock. He is a nihilistic vigilante and former member of the Minutemen, who sees himself as a violent, murderous parody of society due to viewing people as naturally depraved in nature. He is also the father of Laurie Juspeczyk, aka Silk Specter II.

In the film adaptation, he was portrayed by Jeffery Dean Morgan, who also played Negan in The Walking Dead, and Sam in Desierto.

Edward Blake may have been on the heroes' side, but he was a violent and sadistic sociopath who was mainly interested in heroism as an excuse and means to hurt criminals. Later, the Comedian worked for the corrupt government and did even more reprehensible things as a soldier in the Vietnam War. He displayed little to no remorse even as he crossed lines even the more ruthless heroes of his universe wouldn't consider doing.

Blake's reasons for doing the things he does are not necessarily clear, but due to the harsh upbringing he must have endured while living during the Great Depression, it's assumed he cast aside any feelings of decency in order to survive. The Comedian sees everything he does as insignificant as the deeds of the few are never enough to change the world. This line of thinking often put him at odds with his teammates whose whole reason for donning costumes and fighting crime was to inspire people and make life better. After finding out that Ozymandias was planning to create world peace by annihilating most of New York, the Comedian's philosophy was shaken as he was forced to admit that this plan would work.

Despite his cruel nature, the Comedian was never completely heartless. During World War II, he saved by a Solomon woman and her son. When he returned to base, his captain ordered that whole area to be wiped out, killing both the woman and her son in the process. He slit the captain's throat to avenge them. This inspired him to reconnect with Sally Jupiter. He seemed genuinely remorseful for what he had done to her and the two had an affair which led to Laurie's birth. Upon figuring out that Laurie was his child, Blake quietly watched over her, albeit in an over-controlling manner such as threatening her boyfriend after Laurie took drugs. As approached old age he began to soften in his actions and only killed or maimed those he was ordered to. Regardless, Edward still lived most of his life killing villains and heroes alike with little remorse. Even him mellowing out isn't enough to make-up for his crimes. 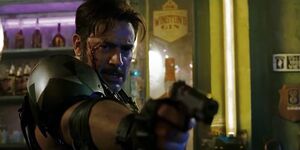 Jeffrey Dean Morgan as The Comedian 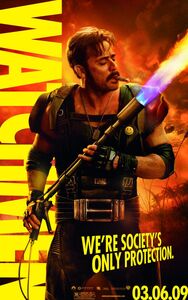 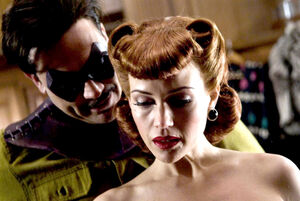 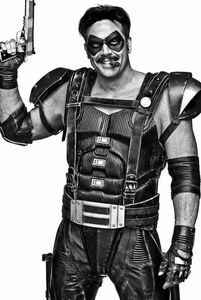 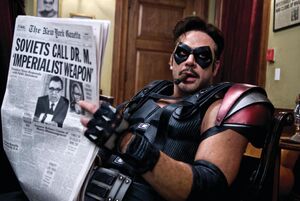 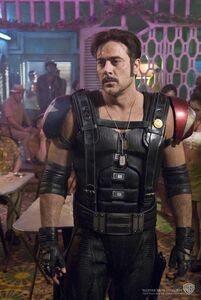 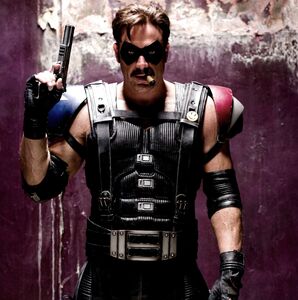 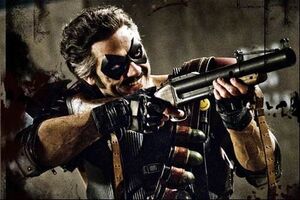 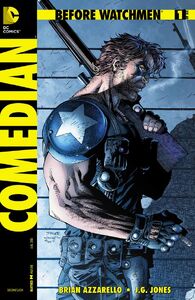 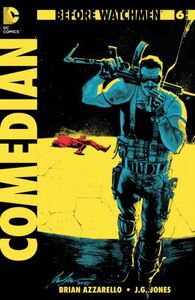 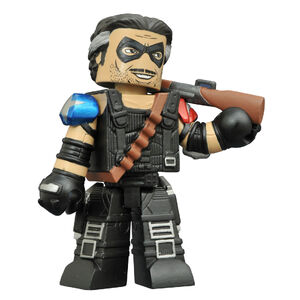 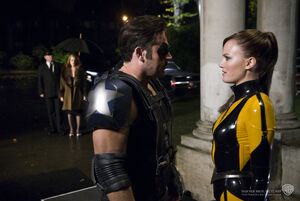 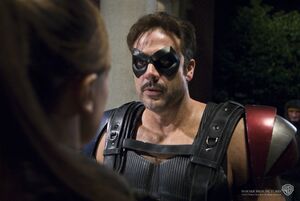 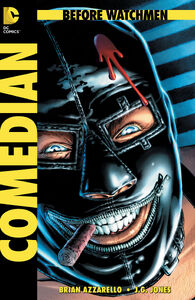 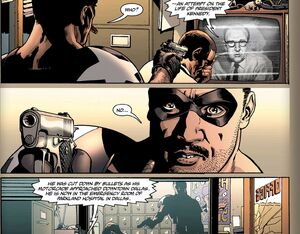 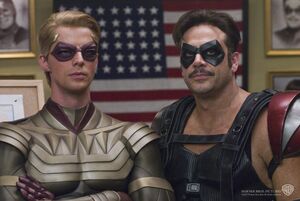 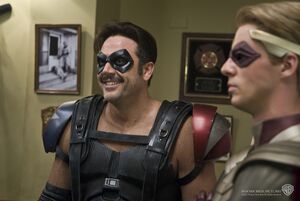 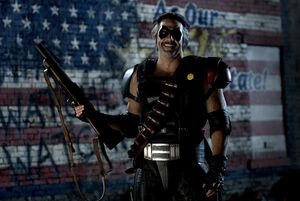 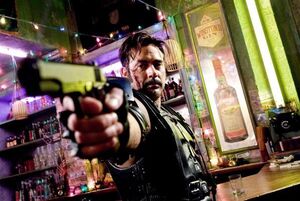 Retrieved from "https://villains.fandom.com/wiki/Comedian_(Watchmen)?oldid=3788979"
Community content is available under CC-BY-SA unless otherwise noted.