world of conquer 3 and 4 (video games)

Get his hands on the guardian amulet (failed)

Commander is the main antagonist of the 2014 Chinese animated film Agent F.O.X.. He is the corrupt commander of Agent FOX who wants to steal the guardian amulet of Carrot Town. His face is never seen in the film.

He was voiced by Marc Matney.

While Carrot Town suffered from a famine, Professor Web created a wheat field to protect the town, but it lured foxes in to come and rob them. However, Professor Web defeated the foxes with his inventions and chased them away into the mountains. While they were dying of starvation, he saved them. Commander then wrote the whole story in a guardian amulet, which is how the town regulations came to be.

Agent FOX is sent by the Commander to Carrot Town to steal the guardian amulet and warns him about the rabbits living there, explaining the hostility of them. However, during his mission, he gets knocked unconscious by an opening window. The bunny family encounter Agent FOX the next morning. They try to make friends with him, but Agent FOX is afraid of them and decides to use Professor Web's house to hide from them.

When Professor Web is asleep, Agent FOX goes out to look for his book computer to contact Commander. He tells him that he hasn't found the amulet yet and tells him about Professor Web, much to Commander's annoyance and orders him to continue looking for the amulet. The next morning, Agent FOX follows Elder Rabbit with the amulet up to a tree and shakes the ladder, causing him to fall down on him. He discovers that the amulet only tells laws and the Elder leaves with the amulet.

The following night, Agent FOX continues to look for the amulet and finds a treasure chest, only to find the contract about the town regulations again. The Elder notices the mess Agent FOX made and believes that Bunny did it. Agent FOX escapes and lands in Snoozy's hands and flees. Buggy then notices Agent FOX jumping on the houses and starts to become suspicious about Agent FOX.

While the family is calling to each other, Agent FOX signs into his computer and tells Commander about what has happened so far and to give him more time, unaware that Buggy is eavesdropping on their conversation. Buggy flees and tries to warn Bunny, but Bunny ignores him. Buggy then plans to expose Agent FOX as Longtail teaches Bunny and Princess how to water the plants on the roof. Suddenly, Agent FOX feels shocks from Commander calling for him and runs to his room to contact him. Agent FOX tells him that he feels good about doing his work and Commander tells him to continue his mission.

The following night, Agent FOX once again goes out to look for the amulet, but Buggy notices him and goes out to expose him. Agent FOX arrives in the Elder's court and is spooked out by someone's presence. He reaches the top of the tower and finds Snoozy sleep-walking. Snoozy falls down, but Agent FOX grabs him. Buggy leads Bunny and Princess to the council and Snoozy tells the family that he saved his life, much to Buggy's displeasure. The Elder brings Agent FOX and the family to a wheat field. During the ride, Agent FOX feels shocks from Commander calling him. As he continues to call him and believe that his computer ran out of power, Agent FOX saves the family before getting hit on the head by one of the tractor's wheels.

The next day, the Elder gives Agent FOX the amulet after saving Buggy from being trapped in a burning restaurant and it turns out that the town regulations are in the guardian amulet all along. Agent FOX shows the amulet to Commander and he gets frustrated after learning that the amulet only contains town regulations. Agent FOX then realizes that the Commander wanted the amulet for himself and stands up to him for his actions as he betrays him. Commander then pushes the button to break the dam and flood Carrot Town. Professor Web has witnessed the whole thing but decides to help Agent FOX to save Carrot Town. Agent FOX creates a bamboo raft to save everyone from drowning, while Professor Web starts his airship. Agent FOX rescues Booky, Spikey and Buggy and flings them to the shore where the Elder is waiting. Agent FOX goes over the waterfall, but Professor Web saves him. Agent FOX then confesses his actions to the family and the reason he came to Carrot Town for the guardian amulet. However, the Elder decides to accept him into the family after saving their lives. The commander calls Agent FOX and orders him to open his computer. Agent FOX stands up to Commander and secedes from the ISIS, much to Commander's displeasure. and in the games world of conquer 3 and 4 . he was the one of the general you can get in the game and one that was in ww2 and cold war. and was in tutorial missions in the game and one of the generals that show up when you start the games. 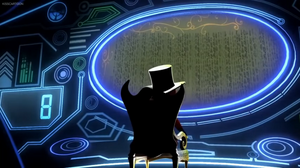 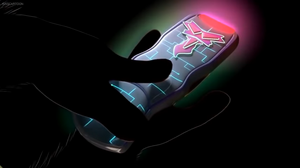 Commander pressing the button to flood Carrot Town.
Add a photo to this gallery

Retrieved from "https://villains.fandom.com/wiki/Commander_(Agent_F.O.X.)?oldid=4053468"
Community content is available under CC-BY-SA unless otherwise noted.