Villains Wiki
Register
Don't have an account?
Sign In
Advertisement
in: Mature, Call of Duty Villains, Organizations,
and 18 more

Hack the entire world's computer systems and all of humanity's DNI to create a new era of contagion, futility and mentality.

Deliver Corvus' gift of securing the murdered to the Frozen Forest and reincarnate to deciples of the epoch of madness.(Both Succeeded)

They have been active since the late 2030's, having its creation after the disintegrating of European Union. After the United Kingdom, France, and Germany left the Union, the European Union decided to fill the void by admitting Russia as a new member state, forming the CDP; a mutual economic and military defense alliance between various European States in an effort to secure their interests in the 21st century.

In 2065, vital classified Winslow Accord information about the CIA and the Coalescence Corporation conducting illegal human experiments have been leaked, which ended up giving the CDP the chance to attack Egypt and other WA areas in the world.

After Corvus' demise the CDP is dissolved for good. 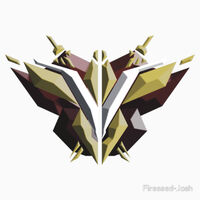