Villains Wiki
Register
Don't have an account?
Sign In
Advertisement
in: Supervillains, Fighters, Evil from the Past,
and 22 more

Kill his teammates (succeeded except for Zoom).

Return to Earth's dimension and kill his brother Zoom (failed).
Protect the world from threats (currently).

Connor Shepard, also known as Concussion, is the main antagonist of the 2006 superhero film Zoom. He is the older brother of Jack Shepard/Captain Zoom who went insane after he is exposed to Gamma-13, an experimental form of radiation.

He was portrayed by Kevin Zegers.

Connor and his younger brother Jack became the leaders of superhero team named Zenith, with the former taking the alias Concussion, and his brother going by Zoom. The team consisted of Concussion, Zoom, Daravia, Ace, and Marksman, who stopped villains and saved many lives in their careers.

When the government wanted to make the superheroes stronger, they decided to use Gamma-13 on them to enhance said powers. Concussion and Zoom were subjected by Dr. Grant with Gamma-13, and Zoom became more faster and stronger. However, Concussion became unstable due to his exposure, and betrayed Zenith and his brother by killing Ace, Marksman, and Daravia. Connor then fought Jack in combat, but the latter created a mega vortex to snap his brother out of his evil ways, but instead sent him to another dimension. Concussion promised that he would return to kill Jack, who had lost his powers afterward, and became embittered.

Concussion returned thirty years later from the dimension, and confronted his brother to kill him once and for all. After hitting Jack with a concussive blast, he realized that Jack lost his powers, and decides to abuse him before deciding to finish him for good. However, the new team Zenith came to Jack's aid, and Connor mocks them by referring to them as preschoolers.

When General Larraby ordered his men to use the net on Concussion, the supervillain used his powers to knock out of his way, which was leading to Cindy. Jack's powers returned and he saved Cindy, and returned to the lab to collect his suit and fight his brother with the new team. After a short fight with the new team, Jack manages to send Connor into a vortex that removed Gamma-13 from his body, returning him back to normal. Afterward, Connor was greeted by the new team, and was welcomed by his brother to join the new team to stop threats. 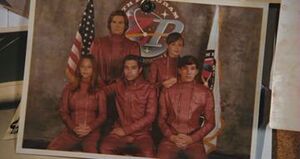 A photo of Connor with the original Zenith team. 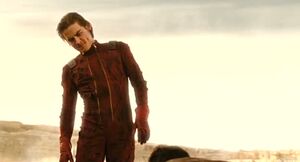 Connor realizes that Jack no longer has his powers. 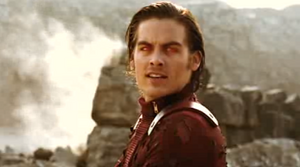 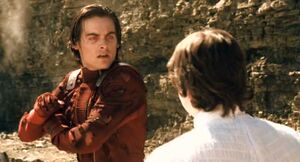